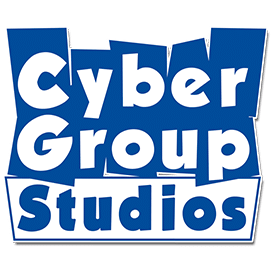 Cannes, March 30th 2012. Cyber Group Studios announces the finalization of a 5 million Euros financing round with the private-equity and venture-capital funds Idinvest Partners and Entrepreneur Venture.

The funds raised will help accelerate the company’s development in France and abroad.

Cyber Group Studios has topped CNC’s list of the most active French animation producers in 2010 and has become a renowned international player despite a difficult economic environment.

Pierre Sissmann, President of Cyber Group Studios, said "This capital increase will allow us to consolidate our growth as we increase the number of our productions, and our technological and artistic developments and as we deepen our international presence with new partners. Thank you to Idinvest Partners’ and Entrepreneur Venture’s teams for trusting us and supporting our growth."

The company’s catalog - over 450 HD CGI half-hours - built in just six years counts already many international industry or public awards. Such as "Ozie Boo!" rewarded in 2008 by the TV France International Award as the most exported French animated TV series with sales in 150 countries, "Tales of Tatonka" series sold to 94 countries and selected in 2011 for a "Gold Panda" at the Sichuan Festival (China); "Manon" a series co-produced with Planet Nemo and Sardine Production, rewarded by the AET Award in Canada in 2010, sold in 100 countries and particularly successful in Japan with 700,000 daily viewers on NHK2; "Grenadine and Peppermint" a series co-produced with Patoon, currently broadcasted on TF1 and selected at the 2011 Anifest and Cartoon-on-the-Bay festivals; "Nina Patalo" a series co-produced with JSBC for France 3 and nominated in the “Official Selection” at Annecy Festival which will take place in June 2012 and "Animalia" series produced by Animalia Productions, winner of a US "Emmy" award and rewarded many times around the world.

Cyber Group Studios is currently developing eight new original projects for all youth age-groups, including two from world-renowned intellectual properties which will be announced soon.

In 2012, the company will have two new series on the air. The first one is "Zou", an adaptation from the books by Michel Gay published in twenty countries and winner of the famous Parents’ Choice Award in the USA in 2004. The series will be simultaneously released in over 50 territories worldwide. The second one is "Mademoiselle Zazie", a series about children’s everyday life in the world of today, adapted from the books by Thierry Lenain and Delphine Durand and co-produced with France Télévisions.

In 2006, 2009 and 2012, Cyber Group Studios’ innovative technology and production process have earned to the group, the OSEO "Innovative Company" distinction.

Bertrand Folliet and Guillaume Dhee from Entrepreneur Venture commented "Cyber Group Studios possesses the success-factors we are looking for: an ambitious strategy, a rapid growth in an expanding global market and an experienced and networked management team. Our investment in Cyber Group Studios showcases Entrepreneur Venture’s commitment to invest in fast-growing companies in the audiovisual industry."

Alongside its strong organic growth, Cyber Group Studios has initiated an external growth strategy and is seeking acquisitions.

Dominique Bourse, Chief Operating Officer of Cyber Group Studios continued "I wish to thank Idinvest and Entrepreneur Venture Partners for their confidence in our strategy and in our team's ability to implement it successfully. Their investment will also help our external growth as we are evaluating a majority stake investment in a leading international player."

Benoit Grossmann and Leatitia Vuitton from Idinvest Partners concluded "Being able to participate in this new growth stage for Cyber Group Studios is for us an opportunity. With its management experience and its international partnerships, Cyber Group Studios has all the ingredients to become a European leader in the animation industry."

About Cyber Group Studios:
Founded in 2005, Cyber Group Studios is a renowned player in the animation industry. The company produces 3D CGI animated TV series for youth. It distributes its productions worldwide through its own network which is selectively opened to series from third-party producers. Along with the production and distribution businesses, the company exploits its series’ intellectual properties via licensing deals with international consumer products companies in categories such as toys and games, CDs, books, apparel, interactive games.
The capital structure of Cyber Group Studios consists primarily of the company’s founders and of financial shareholders (Viveris Management, Entrepreneur Venture and Idinvest).
For more information, visit the site www.cybergroupstudios.com on the web, and on mobile platforms.

About Idinvest Partners:
With € 3 billion under management Idinvest Partners is a leading pan-European private equity management firm focused on the low and mid-market segments. The company has developed several complementary areas of expertise including investments in young and innovative European companies, primary, secondary and mezzanine investments in European non-listed companies and private equity consulting. Formerly part of the Allianz Group, the company was founded in 1997 and gained its independence in May 2010 with a back-up from the IDI Group.
Website : www.Idinvest.com