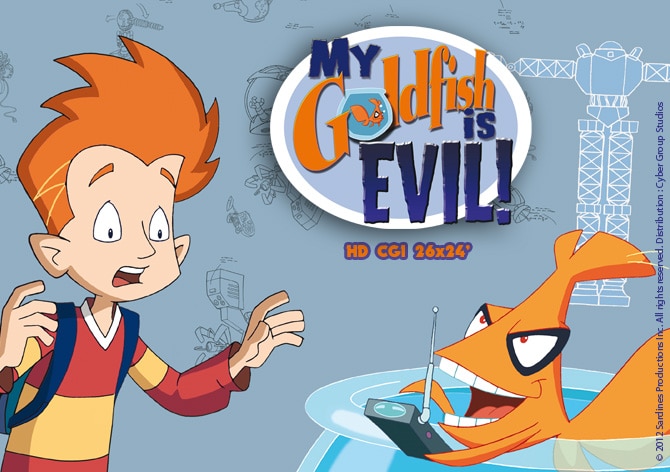 The series, aimed at 6 to 12 year old kids, follows the adventures of Beanie, a pre-teen boy, and his not so innocuous pet goldfish Admiral Bubbles. The Admiral dreams of total world domination as he masterminds a reign of terror in the city he calls home- all this from his fishbowl!

Re-launched at MIPTV 2012, the series continues its road to success with brand new sales: JCCTV in the Middle East, TV5 Worldwide, MTV3 in Finland, Pop TV in Slovenia, MTVA in Hungary, Alshana in Africa, etc.

Delighted with the performance of the series on their channels, CBC in Canada, and CITV in the UK have both renewed their licenses.

The series is making waves on digital platforms as well. Available on the VOD service of Illico cable in Québec, My Goldfish Is Evil! has broken the barrier of 500,000 downloads.