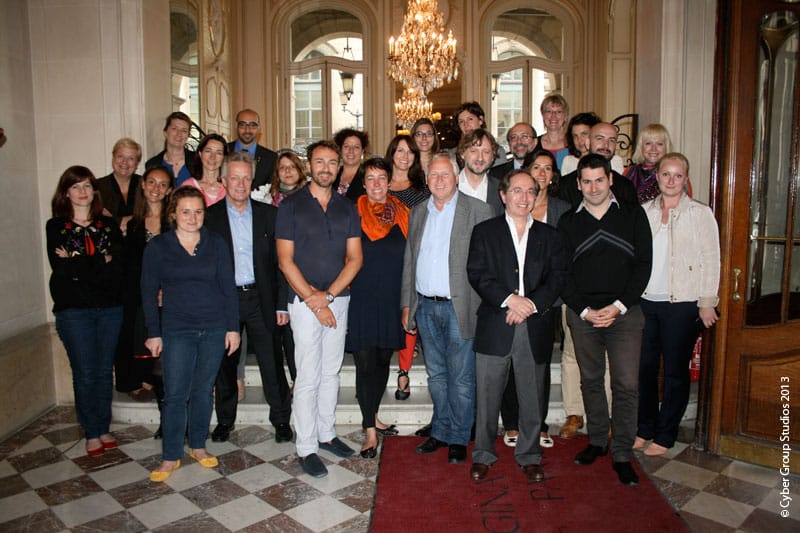 On Monday June 24th, Cyber Group Studios hosted for the third time this year’s Semi-Final round of judging for The International Emmy Awards in two categories: Kids Preschool and Kids Animation.

The International Academy of Television Arts & Sciences recognizes excellence in television produced and aired outside of the United States at a black-tie event in New York, attended by leading figures from the global television community.

The jurors devoted the entire day to the screening and judging process, supervised by the Emmy Judging Director Nathaniel Brendel. The programs screened comprised productions from the UK, Ireland, Canada, Australia, South Korea and Brazil.

“We are very honored by our partnership with the Academy, and delighted we were able to attract some key representatives from many countries to participate to this event”, declared Pierre Sissmann, Chairman and CEO of Cyber Group Studios, and an active member of The International Academy of Television Arts & Sciences.

Tabulations are done by the accounting firm of Ernst & Young LLP. The program with the highest score in each region, in each category, becomes a nominee and proceeds to the Final round of judging. The results of this event will be combined by the Academy with the other semi-final results, and the winner will be announced at The International Emmys Kids Awards in February 2014, in New York.