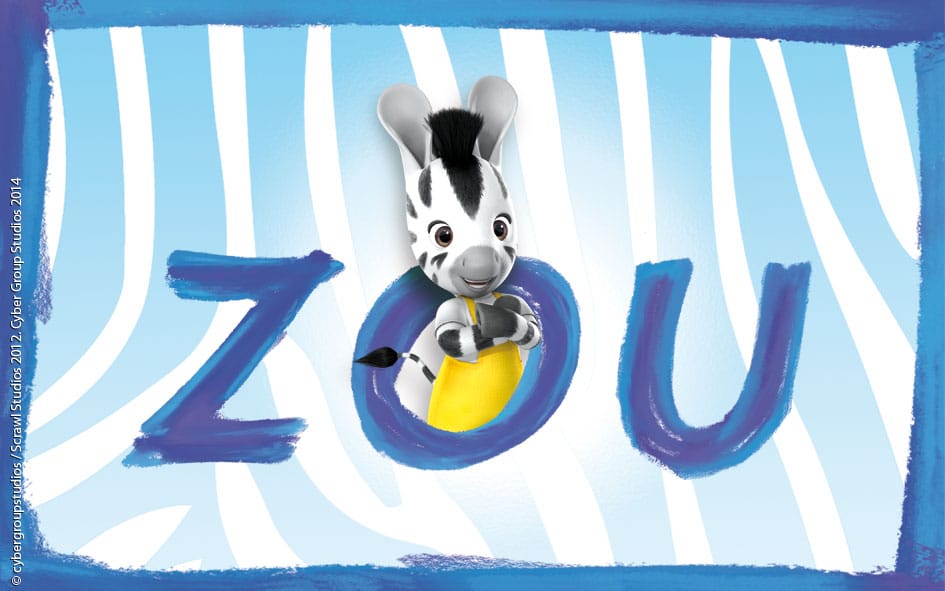 The multi-language freemium app – an extensive use of CGI animation including puzzles, eBooks, coloring and DIY activities and karaoke - now records more than 50 000 downloads.

This digital success is to be extended with the launch in September of three new apps by the publishing company Hachette: «I learn the alphabet with ZOU», «I learn numbers with Zou», «I discover the world with Zou». This follows their fruitful sales of Zou holiday educational workbooks. Larousse Publishing also shared the same enthusiasm with high sales figures for the summer. A total of 50 000 books have been sold since May 2013.

Along with its strong digital and merchandising presence, Zou is also continuing its road to success on both pay and free TV with outstanding ratings.

The series has continuously outperformed on Disney Junior in its daily slot (8.45 am) since March 2013, placing the channel leader among the children aged 4-10, with a market share higher than the channel average.

France 5 is also very pleased with the high performance of the series. Tiphaine de Raguenel, Director of Youth Program Activies at France Televisions explains: “Launched on France 5 in the Zouzous‘ slot, Zou is a tender and gentle hero who changes daily situations of the day into playful adventures. The kids and their parents love the show, and Zou has now become #1 series on the Saturday morning slot”.

Disney Junior and France 5 have already committed to Zou’s second season, already in production, and which will hit the screens in 2014.[/vc_column_text]