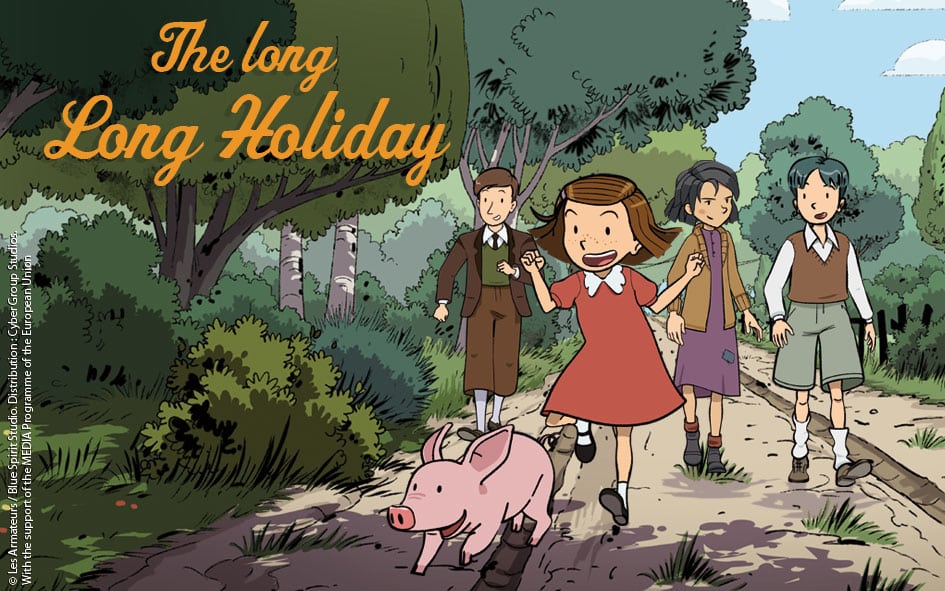 “The Long Long holiday” (10x26’ or 5x50’) is a TV series focusing on the Second World War from the point of view of children. Produced by Les Armateurs (the company behind “The Triplets of Belleville,” Michel Ocelot’s “Kirikou” franchise, “Ernest and Celestine”) for France TV and Canal Plus, the series targets 6-12 and their families, and will be aired in May 2015, to celebrate the 70th anniversary of the end of the Second World War.

“The Long Long holiday” recounts the daily life of 2 kids brothers and sisters, who are left by their parents at their grandparents’ house near the Normandy coast for a few weeks at the beginning of World War II. As the war rum-bles on, those weeks become five years. This series sheds new light on a unique historical context - a war epic, patriotic actions, etc.– all viewed through the eyes of two young urban children who know nothing of life in the country. Despite the war, they will experience the most wonderful adventures while coming into contact with nature, making new friends and even with the farm animals….

To achieve this, each segment will be accompanied by a one-minute interview with people who were children during the war. The modules will be animation segments made by recent graduates from La Poudriere animation school in Valence, near Lyon.

Graphic work is being overseen by Emile Bravo, one of France’s most prestigious graphic novel artists.

“This series is based upon the eyewitness accounts of people who were children aged 7 to 20 at the time of WWII, says Ivan Rouveure, Executive Producer at Les Armateurs, and we think the series is meant to bridge the gap be-tween great-grandparents and the children of today.”

Carole Brin, VP Sales, Acquisitions and New Media at Cyber Group Studios adds: “We esteem very much the quality of Les Armateurs’ productions, and we decided to rep “The Long Long Holiday” as we think broadcasters will value how much important it is to preserve the memory and inform younger generations of what the world went through not so long ago.”