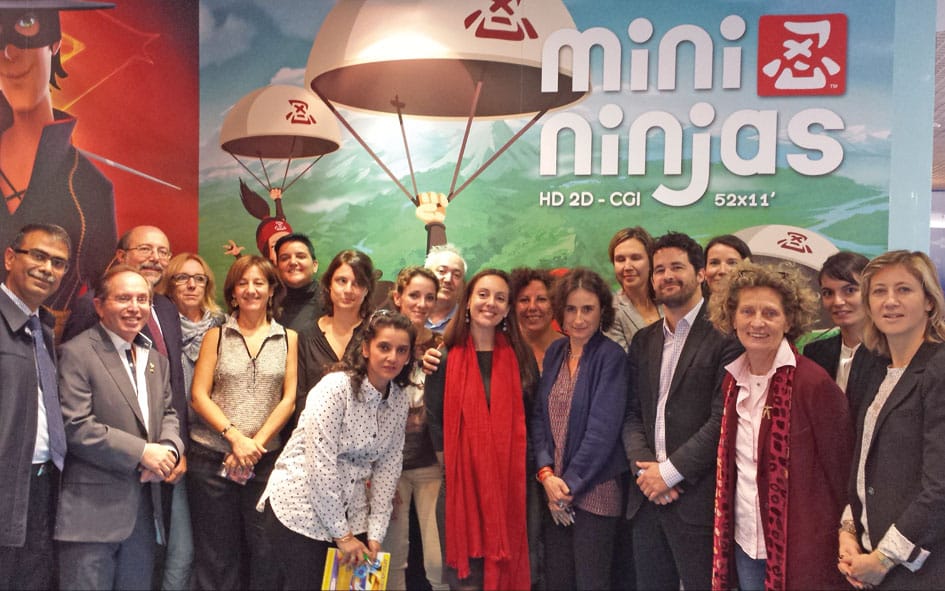 Cannes, October 13th 2014. At the occasion of MIPCOM 2014, TF1 Production and Cyber Group Studios are celebrating together with their partners the success of ‘Mini Ninjas’ (52x11’ 2D HD).

Based on the best-selling video game and app distributed internationally by Square Enix, “Mini Ninjas” - coproduced by TF1 Production, Cyber Group Studios and Enanimation (*) - is an action comedy series aimed at 6-11 y.o. kids. The series follows the adventures of a new generation of ninjas, a cool cast of bold and lovable characters, trained by their Ninja Master, who fight to liberate innocent animals transformed into fearsome samurais.

At the official announcement of production in 2013, “Mini Ninjas” instantly raised interest among the biggest channels worldwide.

While the show was originally produced for TF1 in France and Rai in Italy, the series - still under production - has already been prebought by major broadcasters such as Disney XD in France, Disney Channel CIS, Central Eastern Europe, Middle East, & Africa and Latin America, Tele-Quebec in Canada, VRT in Belgium, RTVE Clan in Spain, RTS in Switzerland, RTBF in Belgium, Spectrum in Indonesia. Cyber Group Studios is also in final steps of negotiation with a big network in India (to be announced after MIPCOM).

“Mini Ninjas” will be fully delivered in March 2015, and most broadcasters are planning a launch for the first semester. Cyber Group Studios will be showcasing brand new episodes at MIP Junior and MIPCOM 2014.