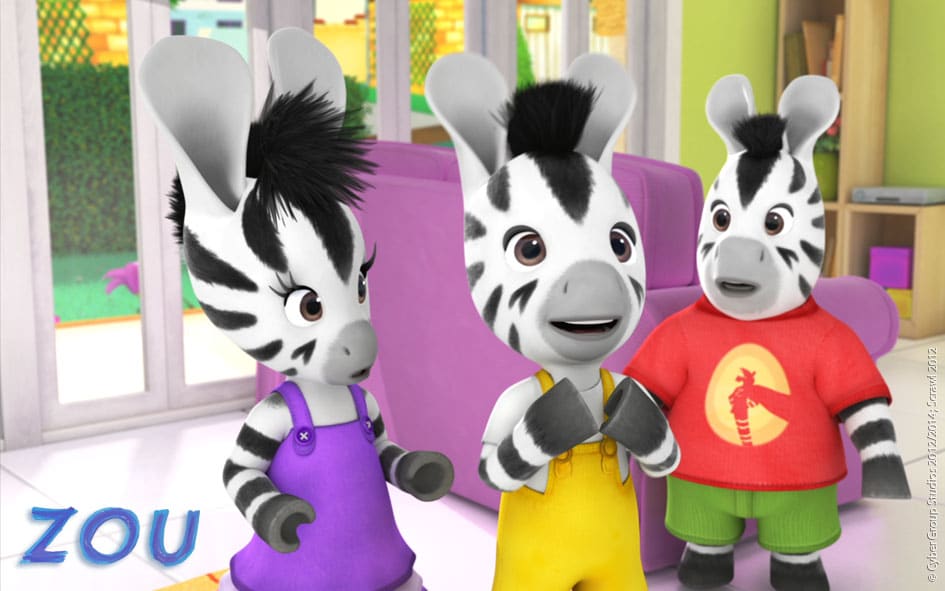 Zou’s (104x11’) path in the US started with cable network Sprout, setting the series on air during the Sunny Side Up Show in September 2013. Two months after its premiere, Zou ranked as the top series for Sprout among households and women 18-49 and was the #4 Sprout program among kids 2-5. Following outstanding performance results, Zou was added to the NBC Kids schedule and after its first telecasts, outperformed the NBC Kids block, reaching across both Sprout and NBC Kids 11.8 million viewers in April 2014. Sprout has also snapped up the second season of Zou. Lovable 5 years old zebra was also chosen by V-me TV (the Spanish-speaking public television), aimed at the U.S. Hispanic market.

Along with its strong TV and digital presence, Cyber Group Studios initiated licensing and merchandising programme in the US market. Partnering with Creative Converting Inc., Cyber Group Studios launched the very first Zou «party goods» last September. For the upcoming year Cyber Group Studios has planned a campaign with a major food restaurant chain, which will offer a possibility to collect five Zou books when buying a kids menu. Over 1.5 Million books are being printed which will also promote ZOU apps on the Android and itunes stores. Cyber Group Studios is currently in negotiations to sign more consumer products deals.