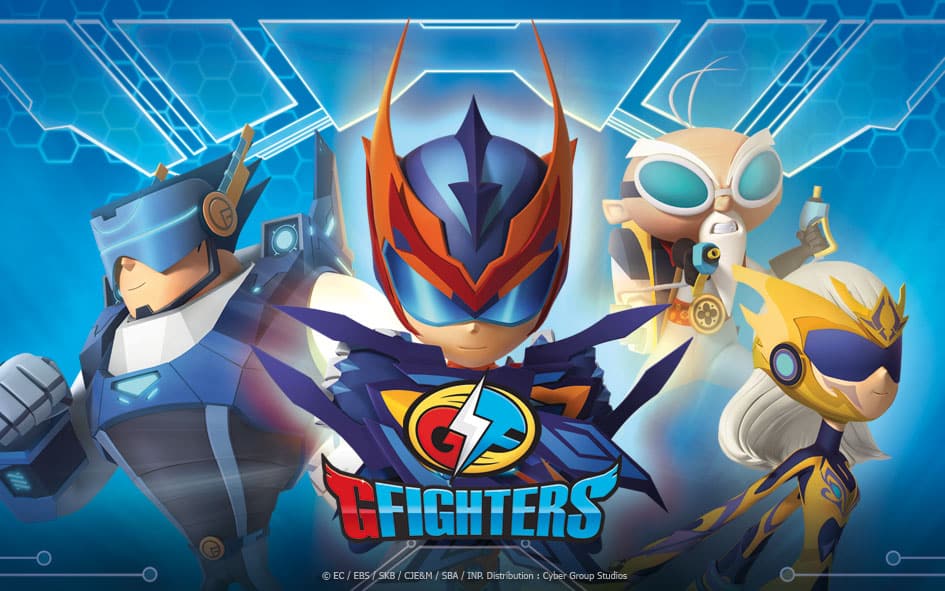 The new full 3D series is a superhero action comedy targeting kids aged six to ten. All begins when Lynn, an ordinary 13 year-old boy, finds a strange cat on his way home. Mistaking a powerful robotic Bolt Cat belonging to the super villain Gala-Gahs for a stray cat, he brings it home and discovers that they can merge into a cat-boy speedy superhero. As Lynn struggles to take stock of his new powers with his feline companion, he realizes there are other powerful kids like him. They join forces and take the noble vow to save the city from the alien villains.

Launched on EBS in Korea just recently, a top five hit for the channel already will premiere internationally at MIPCOM this Fall for immediate international release.

“We are thrilled that both Electric Circus and CJ have decided to trust for distributing this great new property. On top of wonderful animation, G-fighters has all the comedy and action ingredients today to please kids all over the world as a global program”, said Pierre Sissmann, the chairman and CEO of Cyber Group Studios.

‘’G-Fighters is a bright and warmhearted superhero animation series, which deals with the friendship between a boy and a robot cat. Stylish in design and action moves, the animation series tells the stories that all kids can relate to, imagine and enjoy. Teamed up with the renowned global distributor Cyber Group Studios, we are confident that the action packed animation will immediately catch the eyes of action-loving kids across world”, commented Sehoon Chang, Head of Animation Global Business at CJ E&M.

“I am very pleased to present G-Fighters to the global audiences. Unlike the other superhero animations, I’ve put a lot of efforts in creating new villains. It’ll be fun to watch what trouble the new villain makes in every new episode, and the kids become curious who will be the next troublemaker subdued by the G-Fighters. I hope these superhero characters will have universal appeal to kids and their families all over the world!”, explained Woonki Kim, CEO at Electric Circus.