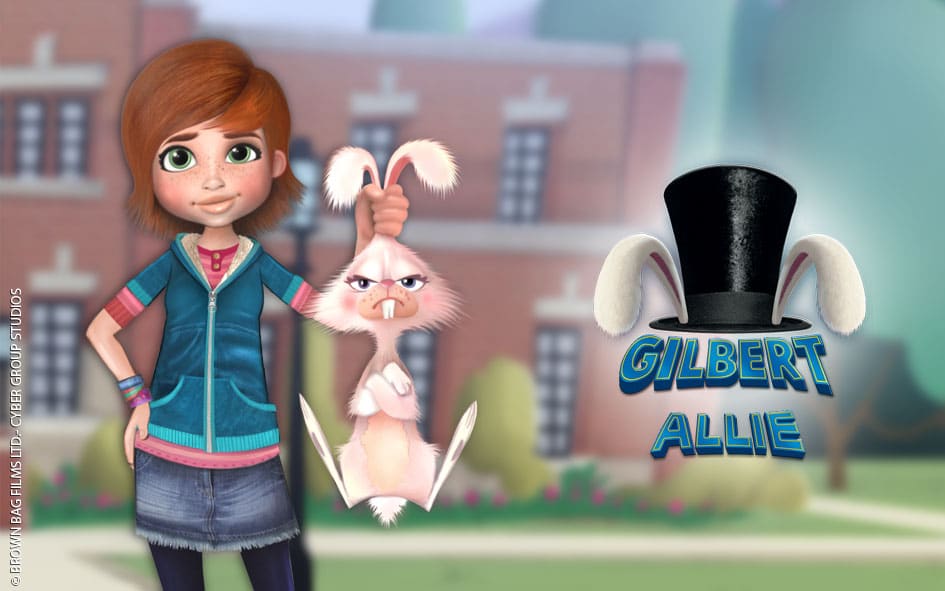 MIP Junior, Cannes, 2 October 2015. Brown Bag Films and Cyber Group Studios are pleased to announce the launch of production of their new 52 X 11’ animated series Gilbert & Allie which has been acquired by Disney Channel EMEA.
Created and directed by Bronagh O’Hanlon, Gilbert & Allie is an odd-couple supernatural comedy about the sparks and spells that fly when a teenage girl discovers she has wizardly powers. Unfortunately, those powers can only be harnessed in partnership with an ancient and extremely grumpy magical rabbit who just wants to retire.

Produced in France and Ireland, Allie’s adventures as a wizard-in-training facing the everyday challenges of a teenage girl will be animated in CG, while her visits with Gilbert to the magical realm will be created in 2d.  The series, for 8 – 11 year old kids, will launch on Disney Channel in Europe in 2017.

“My original idea for a series about the partnership between a girl wizard and her jaded magical mentor has evolved in development over the last 18 months and I’m really excited to start production and bring these characters to the screen!” said Creator and Director Bronagh O’Hanlon.

“We are thrilled to be co-producing this series with our friends at Brown Bag Films, as we instantly fell in love with the characters and the story. And as the series distributor, we are convinced that the fun and the magic residing in the series will make it a hit with kids around the world,” explained Pierre Sissmann, Chairman and CEO of Cyber Group Studios.