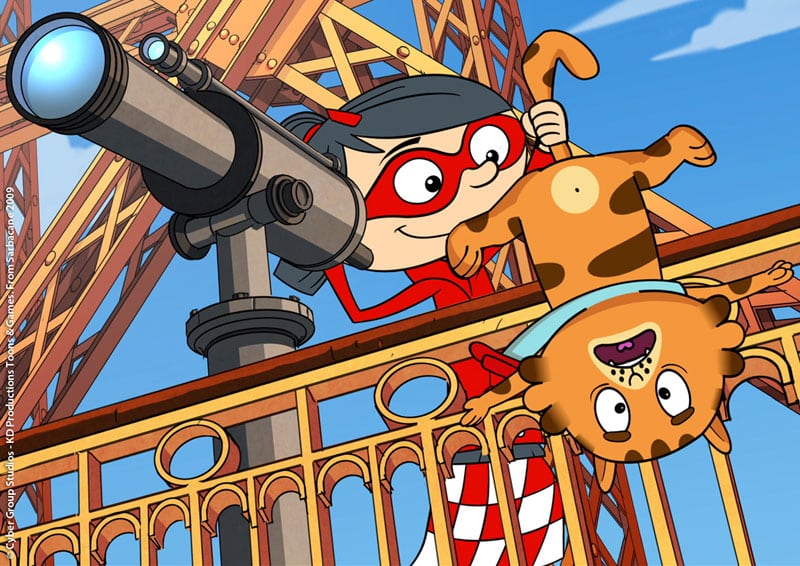 Paris, June 8th 2016. Studio 100 Media expands its Home Entertainment business in GSA and adds third-party programs to its library. The company has acquired from Cyber Group Studios, the DVD and VoD rights to two brand-new series for the German-speaking territories. The acquisition is an addition to Studio 100 Media’s home entertainment program consisting of its own broad rights portfolio.

“Mirette Investigates“ (52 x 11‘), the first travelling detective comedy for kids is co-produced with Cyber Group Studios in France and KD Productions in Spain for TF1 and Canal+ (France), WDR (Germany) and TV3 Catalunya (Spain). The DVD and VoD release via Studio 100 in GSA is scheduled for 2017.

The series follows the adventures of Mirette, a ten-year-old girl with a passion for investigation, and her "catssistant" Jean-Pat, a lazy but extremely efficient ginger tomcat. With a great dose of humour, this dynamic duo of two inseparables visits the greatest cities in the world, from London to Paris, via New-York or Cairo. A great opportunity to children to travel the world!

The series is a supernatural comedy about the sparks and spells that fly when a teenage girl, who just wants to be popular, discovers she has extraordinary powers. Unfortunately, such powers can only be harnessed in partnership with an ancient and extremely grumpy magical rabbit who just wants to retire. Gilbert and Allie are both allergic to one another, but together they are magic.

Patrick Elmendorff, CEO of Studio 100 Media says: “Studio 100 is among the top three independent DVD labels in GSA within the ‘Kids – made for TV’ sector. It was only a matter of time for us to open our Home Entertainment division to third party series’. We are delighted to start with two such convincing series’ from Cyber Group Studios such as ‘Mirette Investigates’ and ‘Gilbert & Allie’.”

Pierre Sissmann, Chairman and CEO of Cyber Group Studios says: “I am thrilled to work in GSA with such a renowned company as Studio 100 Media, whose expertise is a guarantee of success for our two brand new productions.”