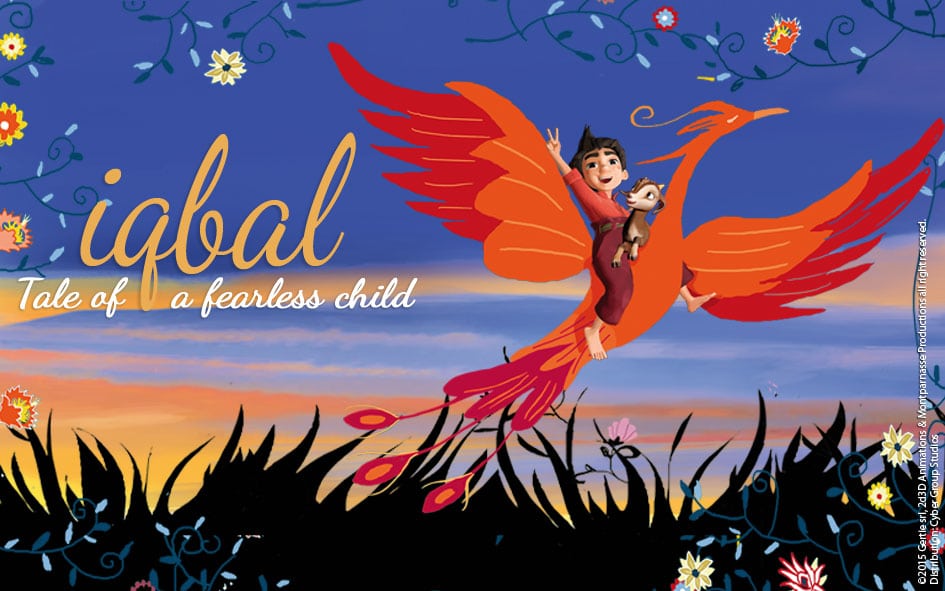 Cannes, October 14th 2016 - At the occasion of MIPCOM Junior 2016, Cyber Group Studios is pleased to announce IQBAL as the first animated feature to be distributed by the company.

Iqbal, Tale of a Fearless Child, the movie is a moving and poetic tale inspired from a children true-story, and developed with the sponsorship of THE UNICEF. This French – Italian coproduction is based on the book of Francesco D’amano that was published in more than 30 territories around the world. The film was released in French theaters on August 24th and was critically acclaimed by the press.

Iqbal an impish and joyful kid, lives in a poor village with his mother and sister. He spends enjoyable and ordinary days playing football with his friends. The great adventure begins when the family doctor prescribes expensive medicines to Iqbal’s sick brother. The little boy, as he desperatly wants to help his family, bravely decides to go to the nearest city to raise money for the medicine. Unfortunately nothing happens as planned as he will be obliged to work for an unscrupulous carpet manufacturer. Its immense courage will save him and his fellow prisoners from the clutches of the horrible dealer.

Inspired by the true story of the Pakistani hero boy Iqbal Masih, this poignant tale about children’s right is a must see movie for the whole family.

Florent Mounier Artistic Director / Director of Development says: “2d3D Animations is happy to have Cyber Group Studios bringing our film, “Iqbal, Tale of a Fearless Child”, to the international market. Iqbal’s story is a lesson of courage, a movie to be shared in family.”

Raphaelle Mathieu, the new VP of Sales, Acquisitions & New Media says: “ We are thrilled to come to the market with such a beautiful and high quality movie appealing to the whole family, and to present our clients our first animated feature film. It enhances Cyber Group Studios’ will to provide children and family buyers with the whole range of programs they might look for”.