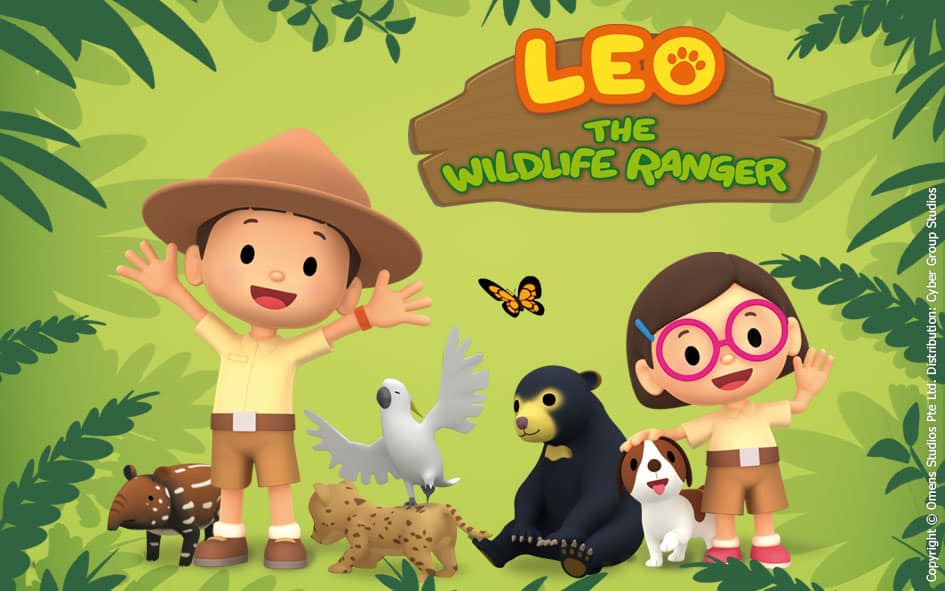 Singapore, December 8th 2016 - “Leo The Wildlife Ranger” (60 x 11’ – HD-CGI), produced by Omens Studios and distributed by Cyber Group Studios, which was nominated for both “Best Preschool” and “Best 3D Animation” won the “Best Preschool Programme” at the 2016 Asian TV Awards.

Launched in 1996, the Asian Television Awards is the industry’s most significant and celebrated event in Asia, in regard to excellence in programming, production and performance.

The Asian Television Awards is the only event of its kind within the Asian region, and upholds a prestigious reputation of showcasing quality television productions.

"Leo the Wildlife Ranger" is a brand new 60 x 11' (HD-CGI) produced by Omens Studios and distributed worldwide by Cyber Group Studios (except for the territory of South Korea and Singapore). The show which is animated series aimed at 3-6 -year-old children, recounts the fun adventures of Leo, a selfless adventurer with a heart of gold, who cares a lot about nature and animals.

Always on the go, Leo explores the diversity of wildlife treasures around our beautiful planet. With the help of his loyal puppy Hero, his geeky little sister Katie and Rocky the best ranger ever, Leo goes on many adventures. From saving animals in danger to conducting nature conservation activities, our two little rangers will do everything they can to help animals. In this process, they learn more about our animal friends, team work and caring for the environment.

Pierre SISSMANN, Chairman and CEO of Cyber Group Studios says: “We want to congratulate Omens Studios on this well-deserved award. We are very proud to represent " Leo the wildlife ranger" across the world as we feel it is a beautiful program whose stories and values can reach children and their families everywhere.”