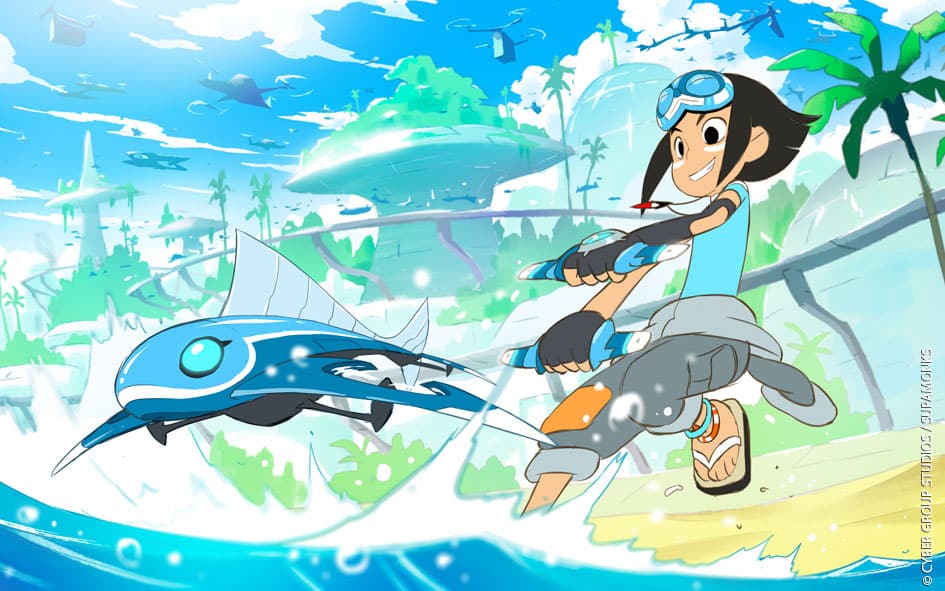 Paris, April 27th, 2017 - TF1, Cyber Group Studios, Supamonks Studios and La Chouette Compagnie announce that they are currently developing Droners. This comedy and adventure animated series, based on an original idea by Pierre de Cabissole and Sylvain dos Santos, will target kids aged 6 to 10 in 26 episodes of 26 minutes.

Welcome to TERRAQUA, a world 95% covered by oceans! Corto, Arthus, Enki and Mouse form team Tikis! Together, they firmly intend to win the Whale Cup, the craziest drone race of all times. They will have to prove their agility, be bold to face the strongest opponents coming from all parts of the World and thwart tricks on the craziest and most incredible drone circuits ever organised. Watch out competitors: the Tikis are more determined than ever! The future of their archipelago, threatened by marine submersion, relies on their victory in this tournament…

“It’s a real pleasure to launch together with our partners this new adventure. “Droners” promises to be more than a simple series on drones. Its beautiful graphic world and its related characters will let us create strong stories that will climax in the most spectacular drone races ever!” explains Yann Labasque, director of TF1’s Youth Programming.

“We are particularly proud to develop “Droners” with Yann and his team at TF1 and we thank them for their trust. Our ambitions for this series, which takes us into the future of

drones, are great and we are convinced that young viewers will be fascinated by our heroes and the challenges they are confronted with” adds Pierre Sissmann, Cyber Group Studios CEO.