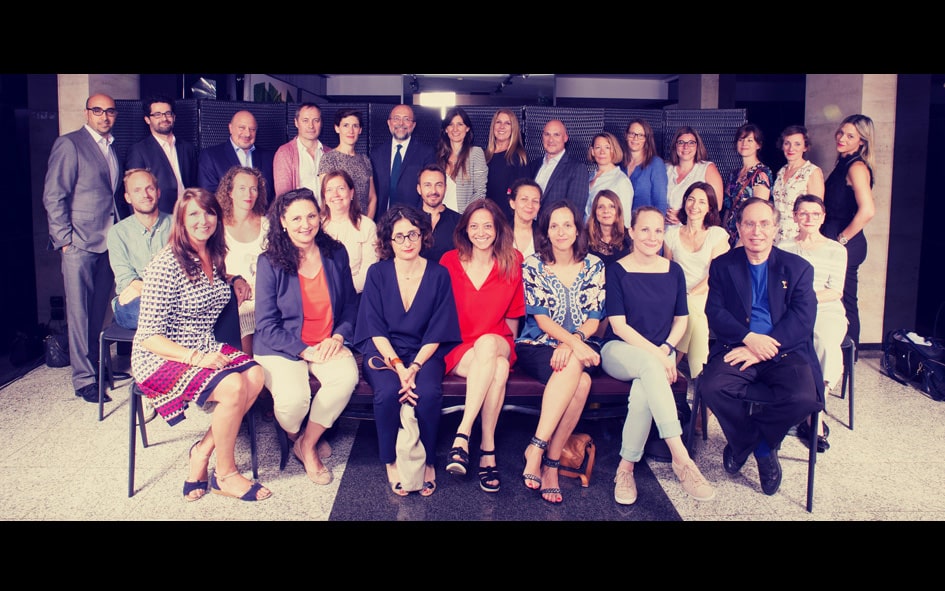 On Monday June 26th 2017, Cyber Group Studios held for the sixth time the Semi-Final round of judging of the International Emmy® Kids Awards in two categories: Kids Preschool and Kids Animation.

The ceremony was hosted by Pierre Sissmann (Chairman & CEO of Cyber Group Studios) and the Jury was chaired by Nathaniel Brendel (Emmy Judging Director). The jury was composed of more than twenty leading TV executives from the biggest television broadcasters around the world:

The jurors devoted the entire day to the screening and judging process. Tabulations are done by the accounting firm Ernst & Young LLP. The program with the highest score will be proceeded to the Final round of judging. The winner will be announced at The International Emmy® Kids Awards during the Cannes Miptv in April 2018.

Pierre Sissmann, Chairman and CEO of Cyber Group Studios and an active member of The International Academy of Television Arts & Sciences says: “It has been a pleasure to be associated to the Academy and to host this event for the sixth time! This year we were fortunate to have a record attendance of over twenty broadcasters and experts coming from all over the world to participate as jurors.”