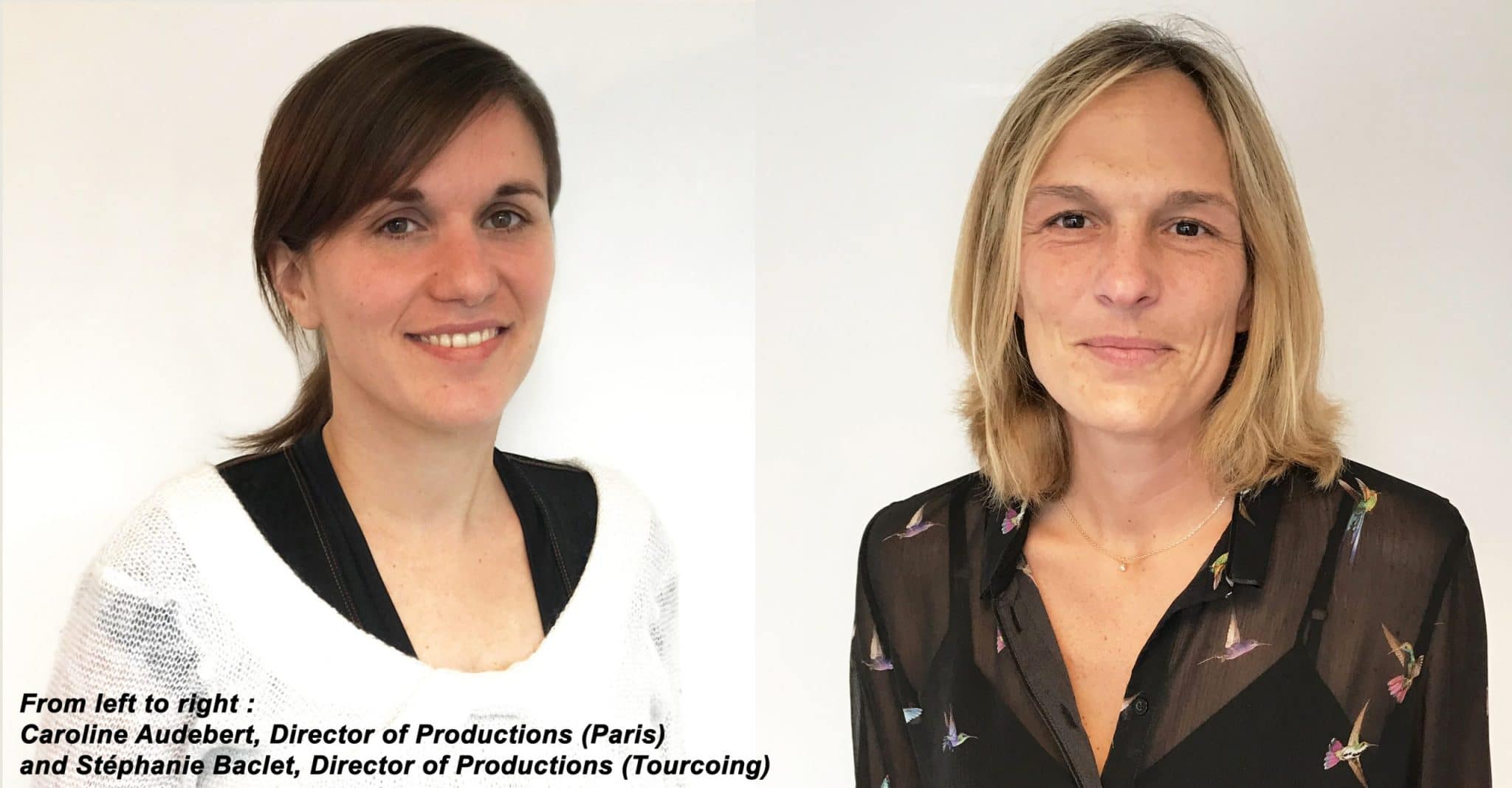 Caroline Audebert, (formerly Superprod, Gaumont Animation, CISCO and former ESRA professor of 3D/CGI), has been appointed as Head of Productions. Based in Paris, she will coordinate all the productions in progress and supervise all directors and production managers. As a 3D specialist, she joins the company at a time when CGI developments are a key to its ongoing activity.

Stéphanie Baclet, (formerly Studio Director and Director of the Cinema and Audiovisual Divisions of Ankama and also formerly Delegate Producer at TF1 Production), joins the company to develop its new studio based in Roubaix (Hauts-de-France region). In her capacity, Stéphanie Baclet will develop the activity of Cyber Group Studios in the Hauts-de-France region and will provide support to the Paris studio on a number of productions. As a 3D and 2D digital specialist and producer herself, Stephanie brings her additional expertise to the Cyber Group Studios’ teams, especially in 2D and animated feature films.

Olivier Lelardoux, Senior Vice-President of the Studio and Associate Producer, says: "I am particularly happy and proud that talents such as Stéphanie Baclet and Caroline Audebert have decided to join the company, especially right now. This is a key moment for Cyber Group Studios which expands its development in France and abroad, particularly in Los Angeles with our new American subsidiary. With Stéphanie Baclet, Caroline Audebert, and Jacques Romeu (former studio 100), Director of studio developments, the company is well armed to face the challenges of the coming years."

After delivering two new series this year, "ZOU 3" and "Mirette Investigates", Cyber Group Studios has currently seven series in production slated for 2018 and 2019 and more than ten new projects in development. It includes the ongoing productions of "The Pirates Next Door" for France Televisions, "Sadie Sparks" for Disney EMEA, "Gigantosaurus" for Disney Junior Worldwide, "Taffy" and "The Happos Family 2" for Turner International, "Mini-Ninjas 2" for TF1 productions and TF1, and "Tom Sawyer" for RAI, ARD/HR and SRC in Canada.