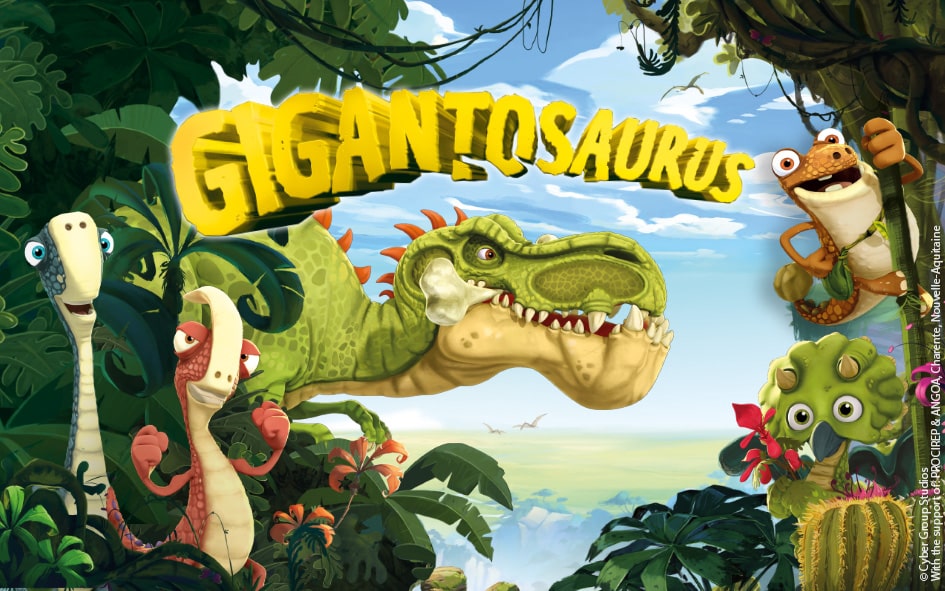 “Gigantosaurus” is based on the bestselling book by world-renowned author Jonny Duddle, published by Templar. The full-CGI comedy action series brings preschool viewers along on the adventures of four young dinosaur friends as they explore their prehistoric world and the mystery of Gigantosaurus, the biggest, fiercest dinosaur of them all. “Gigantosaurus” (52x11’) will be launched on Disney Junior worldwide (excluding India, China and Taiwan) in early 2019, and will then air on major broadcast networks such as France Télévisions and Germany’s Super RTL, plus Netflix almost worldwide.

Pierre Sissmann, Chairman and CEO of Cyber Group Studios, says: “It is a privilege for us to have “Gigantosaurus” selected this year as the MIPjunior World Premiere TV Screening. It is a tribute to Jonny Duddle’s creations and to our artists at Cyber Group Studios who have done marvelous work in recreating a full Jurassic environment with our four little dinosaur heroes, Tiny, Rocky, Mazu and Bill living great preschool adventures together with Gigantosaurus, the biggest dinosaur of all.”

“We’re delighted to present ‘Gigantosaurus’ as the MIPJunior World Premiere TV Screening. This new production from Cyber Group Studios for Disney Junior illustrates the high-quality production coming out of the creative French animation industry, and will be an exciting exclusive premiere for the MIPJunior audience ahead of its broadcast early next year,” said Lucy Smith, Director of MIPJunior.

The World Premiere TV Screening of “Gigantosaurus” will be held at the JW Marriott Hotel on Saturday 13 October.