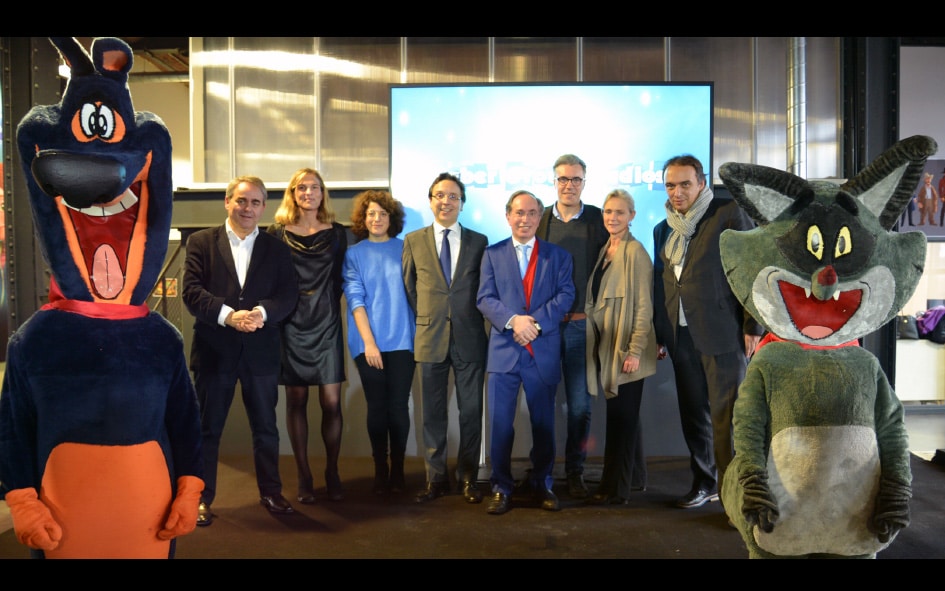 On thursday November 29th in Roubaix (Hauts-de- France) : French independent, multi-award-winning Producer and Distributor, Cyber Group Studios held the Grand Opening Ceremony of its brand new animation studio. With more than 120 employees in Paris, a subsidiary opened in Los Angeles in January 2017, Cyber Group Studios, one of the largest Producers and Distributors of youth programs in Europe, has officially launched its new 400m2 / 4,305sqft animation studio based in Roubaix.

The event was held in the presence of :

The opening of the new studio in Roubaix, sees Cyber Group Studios planning to grow its current footprint from 15 creative and production staff in the Hauts-de-France to a total of approximatly 50 by 2020. “We are currently seeking for the talent we need and our main goal is to hire in the Hauts-de-Fance region”, says Pierre Sissmann, President of Cyber Group Studios.

Xavier Bertrand, President of the Hauts-de-France Region, and Malika Aït Gherbi Palmer, Managing Director of Pictanovo have convinced Pierre Sissmann, Director of Cyber Group Studios, to open its new studio in this Region more and more supportive in regards of Audiovisual industry.

"There is a real desire from the Hauts-de-France Region to support Audiovisual industry and to promote the know how of its population in this sector", says Pierre Sissmann, who declares himself "delighted with the opening of this new subsidiary”.

The series Tom Sawyer which tells the brand-new adventures of the eponymous heroes and his friends. The second series currently produced is the 78 x 7 minutes series Taffy. Cyber Group Studios has joined forces with Turner to create this brand-new original cartoon for Turner’s second flagship kids’ channel Boomerang across international markets. The series will also be broadcasted on France Televisions.