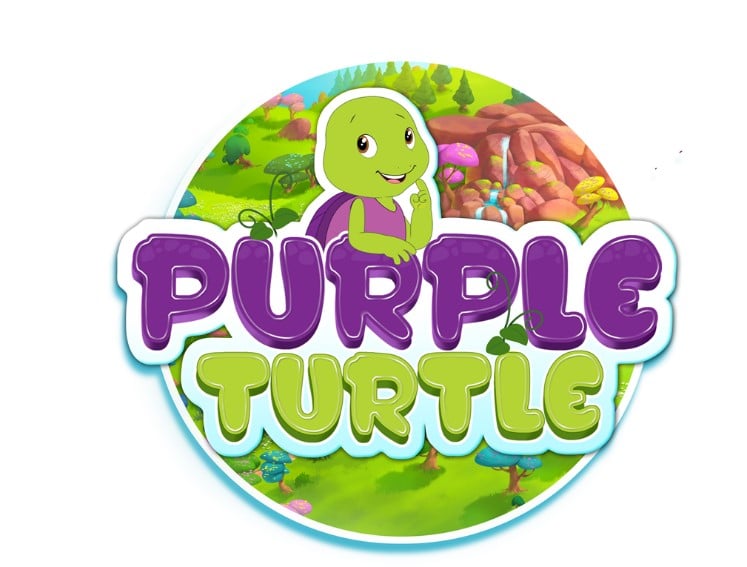 Paris, February 12th, 2019: India-based-IP-development company Aadarsh Pvt. Ltd has inked a deal with leading animated entertainment company Cyber Group Studios to coproduce, distribute and licence, Purple Turtle, a brand new upcoming animated series inspired by the world-famous educational book of the same name and based on the leading preschool IP which has travelled across 25+ countries including Russia, China, US, UK.

Cyber Group Studios is thrilled to partner with Aadarsh Pvt. Ltd and Telegael to bring Purple Turtle to Television and Digital Platforms worldwide and to handle Licensing, Merchandising and Publishing Globally except Asia and MENA but including China.

Purple Turtle, one of the world’s leading pre-school IPs, first appeared in Frankfurt Book Fair in 2012. Within a couple of years, the jovial and optimistic characters received amazing response and the books encountered a huge success with several million copies published worldwide in multiple languages to date. This brand of international appeal has been commercialized in print and digital formats including animations, picture books, board books, story books, smart books with interactive features, talking books with point-and-read magic pen, apps, games etc

Purple Turtle, the series follows the adventures of the eponymous heroes and his friends: Roxy the Chameleon, Zing the Rabbit, Melody the Bird & Tadley the Bear. Together they love having fun and figuring things out. Through each episode, Purple Turtle and his friends encourage kids to explore, make choices, learn from their mistakes and make necessary decisions along the way, promoting self-determination and fostering independence.

Manish Rajoria, Director of Aadarsh Pvt. Ltd, says: “We are very happy to have Cyber Group Studios come on board to coproduce, distribute worldwide outside India, Publish and Licence in a number of key territories our lovely IP Purple Turtle. We are confident that Purple Turtle will entertain and educate children all around the world!”

Pierre Sissmann, Chairman and CEO of Cyber Group Studios, adds: “I have personally enjoyed reading to my grandchildren the Purple Turtle storybooks over the years as they bring educational stories full of tenderness in a joyous and brightful universe. I am thrilled to be part of the team that brings this great property to television thanks to the efforts of talented award authors and artists assembled around the world.”

Paul Cummins - CEO – Telegael, comments: “Telegael is delighted to partner with Aadarsh and Cyber Group Studios to bring Purple Turtle to a global audience. I’ve been a big fan of the Purple Turtle books and am tremendously excited by the creative possibilities. It is wonderful to find such a lovely and appealing character which is already popular in books published in multiple countries.” 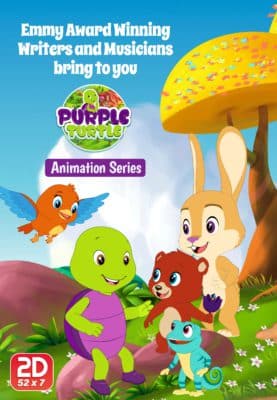