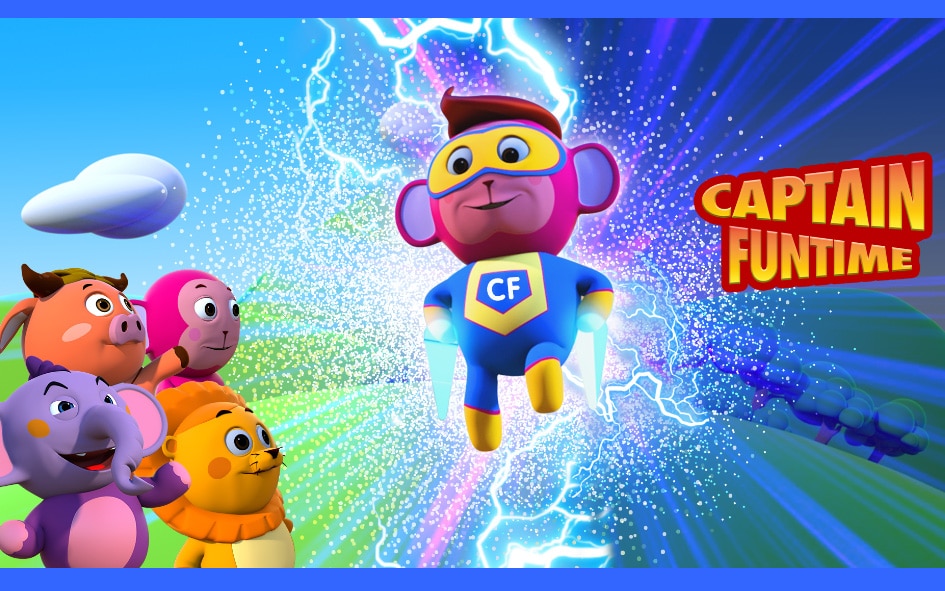 Under the term of the agreement, YoBoHo and Cyber Group Studios will coproduce direct to digital content. YoBoHo will manage the online distribution of these programs worldwide, while Cyber Group Studios will adapt and coproduce the digital formats for television, including “Captain FunTime” YoBoHo’s upcoming digital 3D animated galactic comedy. This hilarious 52x5 minutes series follows the adventure of four best friends and their favorite super-powered pal named “Captain FunTime”. The program along with other series will be distributed worldwide by Cyber Group Studios.

This new partnership will also see YoBoHo provide content management services for Cyber Group Studios’ vast content catalog. YoBoHo brings a wealth of expertise to the partnership and with more than 1.5 billion monthly views, 90 owned and operated channels, and a library of 15,000 children’s videos, YoBoHo is among the worldwide top educational networks on YouTube for kids from pre-school through high school.

Pierre Sissmann, President and CEO of Cyber Group Studios, comments: “We are thrilled to partner with one of the world’s most successful kids’ entertainment companies to produce, distribute and manage fantastic content that will be viewed by young people around the world.”

Hitendra Merchant, Founder and CEO, YoBoHo New Media Pvt Ltd, comments: “YoBoHo's vision to create world-class digital-first content aligns with the amazing team at Cyber Group Studios. This partnership allows us to leverage each other's strengths in the creation and distribution of new original co-produced IP, reach out to newer audiences through traditional platforms, and further monetize the IP through the creation of consumer products. It’s a partnership with a lot of potential.”