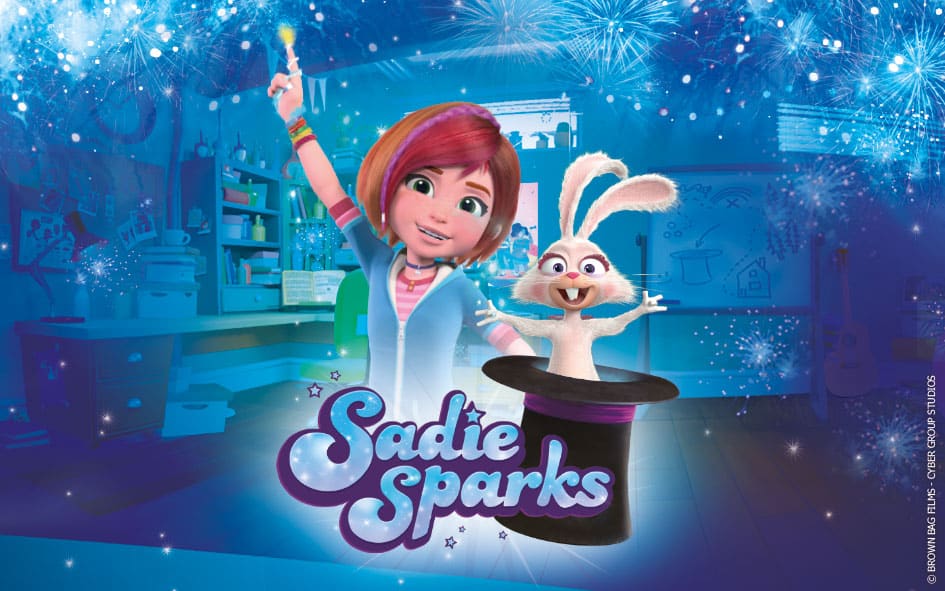 Paris / Cannes April 9th 2019: At MIPTV, Paris and Los Angeles-based producer/distributor, Cyber Group Studios, has continued to establish a strong presence in Latin America by signing a major deal with Latin America’s Key Player Discovery Kids for its new event series Sadie Sparks. Under the terms of the agreement, Discovery has acquired all Pay television rights and SVOD rights for Latin America.

Sadie Sparks: A 52 x 11 minutes animated series coproduced by Cyber Group Studios (France) and Brownbag Films (Ireland) is aimed at children from 6 to 10 -years-old. The new 2D, HD and CGI animated comedy series, which is still in production, follows the daily life of a teenage girl who discovers she has extraordinary powers. Unfortunately, such powers can only be harnessed in partnership with an ancient and extremely grumpy magical rabbit called Gilbert - who just wants to retire. Gilbert and Sadie have completely opposing characters, but together they make magic.

Sadie Sparks’ brings us into a world where magic meets reality. Where 3D meets 2D. With Sadie Sparks, Cyber Group Studios are proud to bring to children and families around the world a program in which top creative talent and breakthrough technology unite to bring magical story- telling to delight kids in Latin America and viewers of Discovery Kids.

Raphaelle Mathieu SVP Sales says: “We are extremely proud to begin our partnership with Discovery Latin America, and to start it with such a great show that we hope will be a great success in that part of the world. We want to thank Carolina, Flavio and the Discovery team for their trust and for being great partners. We know this is only the beginning of a great partnership”

“This series represents an exciting acquisition for Discovery Kids and a great partnership opportunity with the prestigious Cyber Group Studios” said Flavio Medeiros, Director, Programming & Acquisitions, Discovery Kids Latin America. “We hope Sadie Sparks captivates our Latin American audience as much as it has charmed us”.