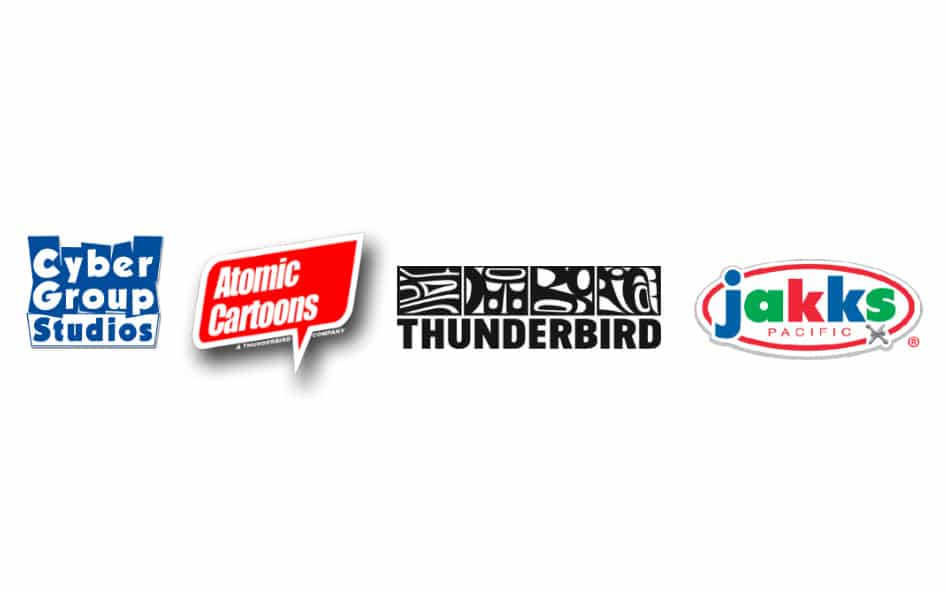 VANCOUVER / May 13, 2019 - Atomic Cartoons, the kids and family division of Thunderbird Entertainment Group Inc. (TSXV:TBRD), and Cyber Group Studios are pleased to announce that they have entered into a Master Toy Agreement with JAKKS Pacific Inc., for The Last Kids on Earth series created by Max Brallier.

Under the terms of the new agreement, JAKKS Pacific, a world-leading designer, manufacturer and marketer of toys and consumer products, will develop and bring to market a range of merchandise inspired by the bestselling book series and upcoming Netflix production about the post-apocalyptic adventures of Jack Sullivan and his friends. The line will be available in all territories except China. This will include action figures, activity toys, role-play accessories, vehicles, plush items, novelty items, games, and play electronics. Cyber Group Studios brokered the deal on behalf of Atomic Cartoons.

This agreement follows a previous worldwide licensing deal for the Last Kids on Earth franchise between Atomic Cartoons and Cyber Group Studios. In February 2019, Cyber Group Studios, the Paris and Los Angeles based animated production and distribution company, became the sole and exclusive representative worldwide for merchandising, ancillary and second window TV rights for the series.

The Last Kids on Earth series follows the comedic adventures of 13-year old Jack Sullivan and his gang of wise-cracking middle school friends, who live together in a decked-out treehouse after a monster apocalypse has taken place. In a world without parents, they gorge themselves on candy, play video games, invent gadgets, and of course, battle zombies and giant-sized monsters. The books, published by Viking Press, an imprint of Penguin Random House, are a New York Times and USA Today bestselling series, with over two and a half million copies in print around the world.

“We are very excited to partner with Atomic Cartoons and Cyber Group Studios to develop a line of merchandise that will bring The Last Kids on Earth to life in a new way,” notes Craig Drobis, SVP Marketing, JAKKS Pacific, Inc. “With themes of friendship, heroism and humor in the face of a monster and zombie apocalypse, it is no surprise the series has been embraced by readers around the world, and has all the ingredients for an amazing line of toys.”

Richard Goldsmith, President and CEO of Cyber Group Studios USA, adds: "When the opportunity to partner with Atomic for The Last Kids on Earth became available earlier in 2019, we jumped at the chance to contribute to, what is sure to be, an exciting new global franchise - first with the launch the upcoming animated Netflix series, and soon with an exciting line of merchandise based on the popular characters, thanks to our new partnership with JAKKS Pacific.”

“When Atomic Cartoons first acquired The Last Kids on Earth to create an animated series, I was excited and honored at the possibility,” says Max Brallier. “As I watch the franchise grow, I remain humbled by how the world has embraced these characters, this world, and the story of Jack Sullivan.”

“It has been such a privilege for our team to work on this series with world class creative talent like Max Brallier and showrunner Scott Peterson, and to bring these amazing books to life with a major platform in Netflix. Our partnership with Cyber Group Studios, and now JAKKS Pacific, to create toys based on this series is the cherry on top,” says Matt Berkowitz, Chief Creative Officer, Thunderbird Entertainment Group and Atomic Cartoons. “With the animated series debuting later this year, and merchandise on the horizon in early 2020, we hope that The Last Kids on Earth franchise will be delighting audiences, in multiple formats, for many years to come.”