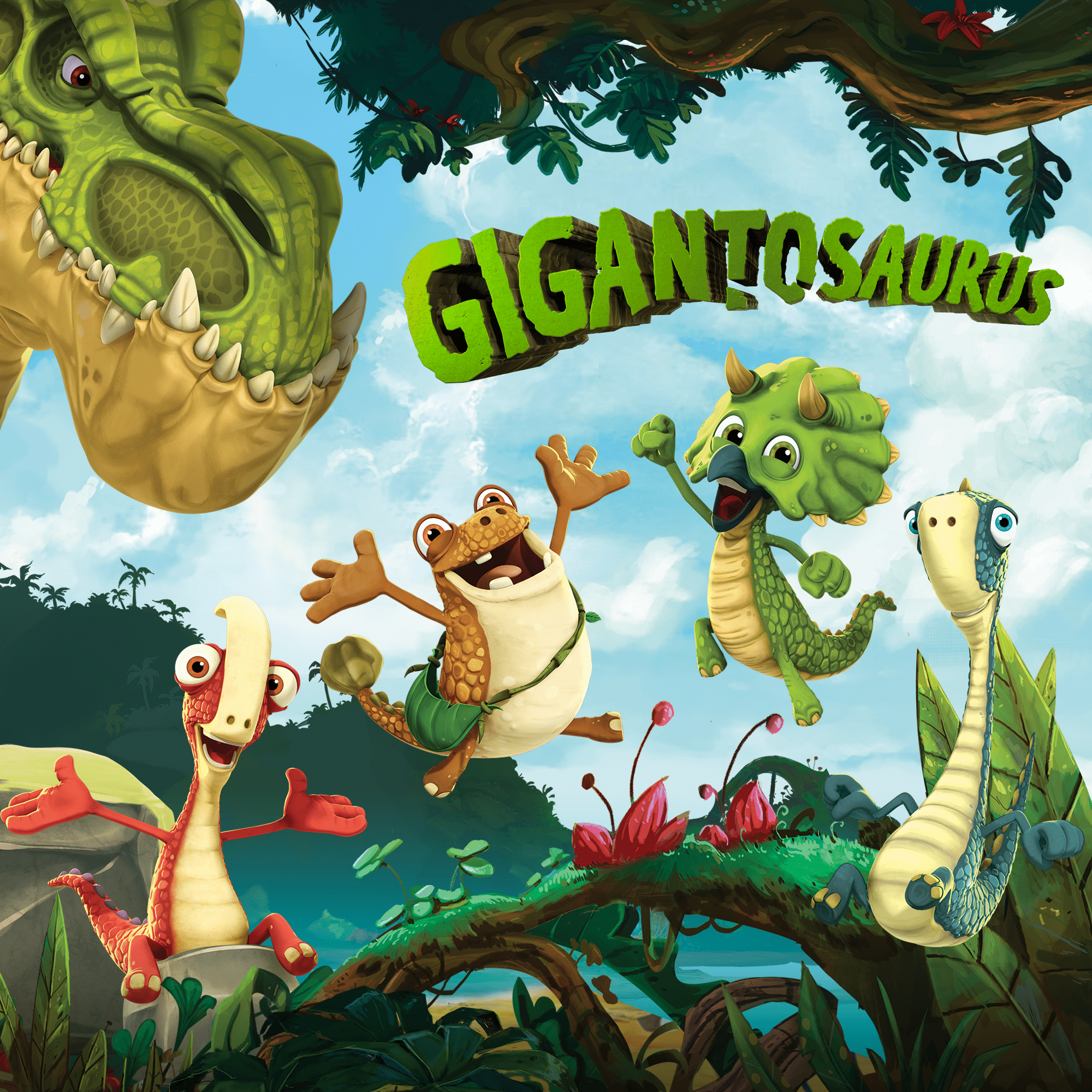 “Gigantosaurus has been a GIGANTIC hit with kids around the globe and we’re excited about the opportunity to bring even more of the prehistoric fun to families with Seasons 2 and 3,” said Pierre Sissmann, President and CEO of Cyber Group Studios. “Disney has been a fantastic partner and we’re looking forward to continuing to work together to achieve even BIGGER success for the Gigantosaurus brand ahead. We are also proud to have both France Télévisions and Super RTL as part of this exciting adventure.”

“Following the discovery of “The Pirates Next Door” series, France Télévisions is very proud to support this new French production of  Cyber Group Studios, based on Jonny Duddle’s book. With the big bad Gigantosaurus, children will learn to cope with their fears  and  will take a leap for a new adventure in the fabulous world of Dinosaurs” , comments Tiphaine de Raguenel”, Head of Content for Young Audiences and animation, France Télévisions.

Buoyed by the series’ on-screen ratings success, Cyber Group Studios has launched an extensive licensing program for the brand. The debut collection of Gigantosaurus toys from global master toy partner Jakks Pacific is now at major retailers across the U.S., with worldwide distribution to follow in 2020. Global master publishing partner Templar is set to release more than 40 TV tie-in books over the next two years. In addition, Cyber Group Studios and Outright Games are now in production on the first-ever video game based on the series, to be available on PlayStation® 4, Xbox One, Nintendo Switch™ and PC. Release date soon to be announced. Additional Gigantosaurus products in categories including apparel, home furnishings, and stationery are set to launch next year.

Gigantosaurus, the CGI comedy-action series produced by Cyber Group Studios, brings preschoolers along on the adventures of four young dinosaur friends as they explore their prehistoric world. Gigantosaurus Season 1, currently airing on Disney Junior around the globe, will launch on France Télévisions next month and on the UK’s free-to-air channel Tiny POP next year. The series will also be made available on other free-to-air channels internationally, including Germany’s Super RTL and Italy’s Rai Yoyo. Content from the first season will also launch on Netflix from spring2020.