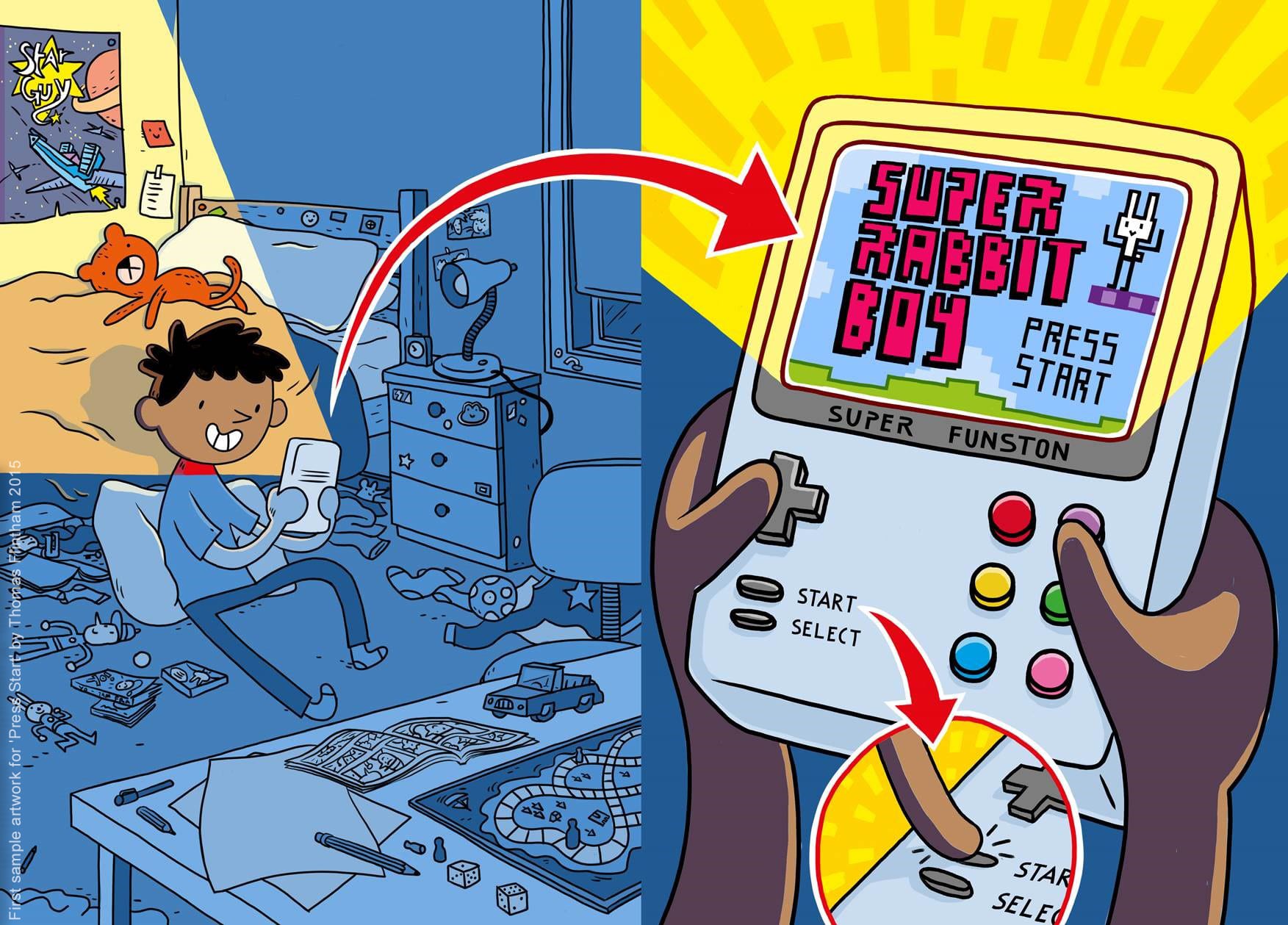 Since its debut in 2017, over 2 million copies of Press Start! have been sold in the United States, and the book series has been listed as a best-seller on the USA Today, Amazon, Publishers Weekly and BookScan lists.

Winner of the prestigious Sheffield Children's Book Award, Flintham’s adventurous series of 12 books has truly captured the imagination of a new generation of avid readers with its unique graphic novel-style format.

Press Start! features an 8-year-old boy, Sunny, who lives in the real world but has the ability to participate side-by-side in the adventures of his hero in the video game world, Super Rabbit Boy, as they save the inhabitants from King Viking and other dastardly 8-bit villains.

Cyber Group Studios will develop and collaborate on this exciting new animated series with world-class talents, such as Emmy Award-winner Scott Kraft.  As Executive Producer, he will adapt the books for television and serve as Head Writer and Story Editor.

“Press Start! has inspired many young kids to love reading books with its captivating storytelling and art. We are thrilled to have the opportunity to work with a great team that we have hand-picked to bring this popular book series to screens around the world,” commented Richard Goldsmith, CEO of Cyber Group Studios USA.

Thomas Flintham, Author and illustrator of Press Start!, adds: "Since I was a kid, I’ve been a big fan of books, video games and animation, and I’m so excited that Press Start! is going to expand to cover three of my biggest passions. To see my work being turned into an animation is a childhood dream come true, and Super Rabbit Boy couldn’t be in safer hands than the super talented folks at Cyber Group Studios."