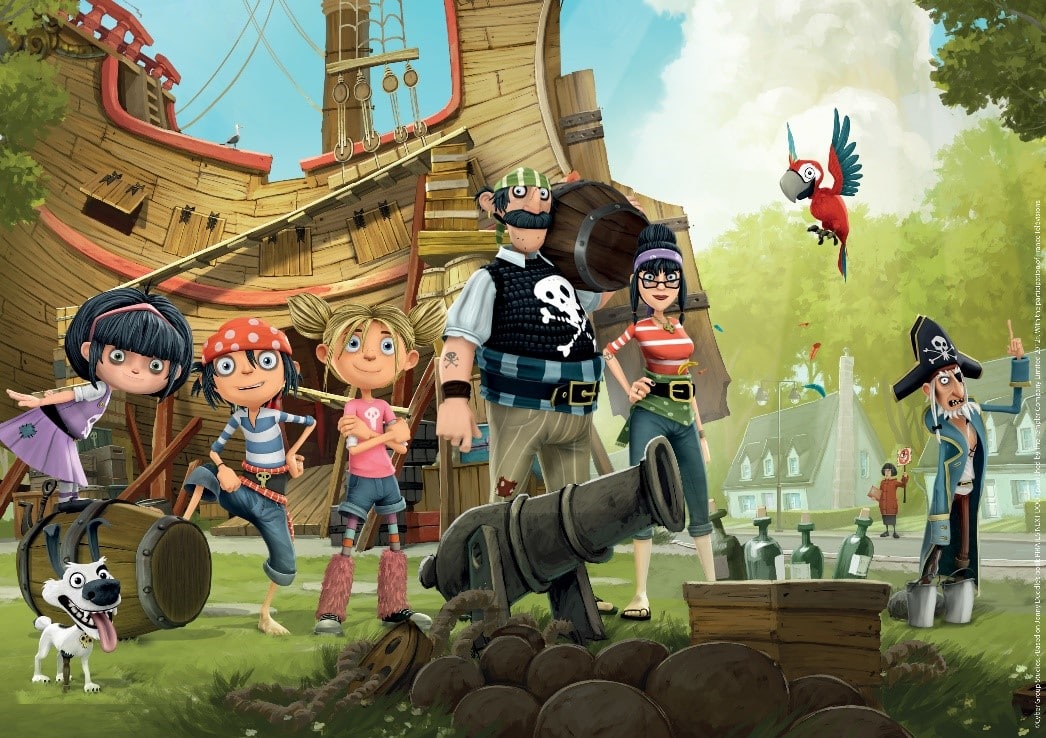 Kidoodle.TV®, the global AVOD Safe Streaming™ service targeting children under 12 and their families, will increase its content offering in the United States by securing a number of series from Cyber Group Studios. Several of Cyber Group Studios’ popular series that are based on books, such as The Pirates Next Door and Mirette Investigates, will be new additions to their vast library of content.

“This is the beginning of a wonderful relationship and we are pleased to be adding so many exceptional titles into our Safe Streaming™ offering from Cyber Group Studios,” said Brenda Bisner, Chief Content Officer of Kidoodle.TV.

Giant Pictures, a cutting-edge digital distribution firm empowering independent content, will distribute ten series across various AVOD platforms in the United States. Series include Leo the Wildlife Ranger for preschoolers and Mini Ninjas, based on the video game of the same name, for older kids.

Nick Savva, Head of Giant Pictures added: “Giant is in an ideal position to support the digital streaming industry’s increasing demand for children’s content with our streamlined global distribution capabilities. We are thrilled to be in business with Cyber Group Studios as Giant continues to rapidly expand and diversify our digital services with exciting new distribution relationships.”