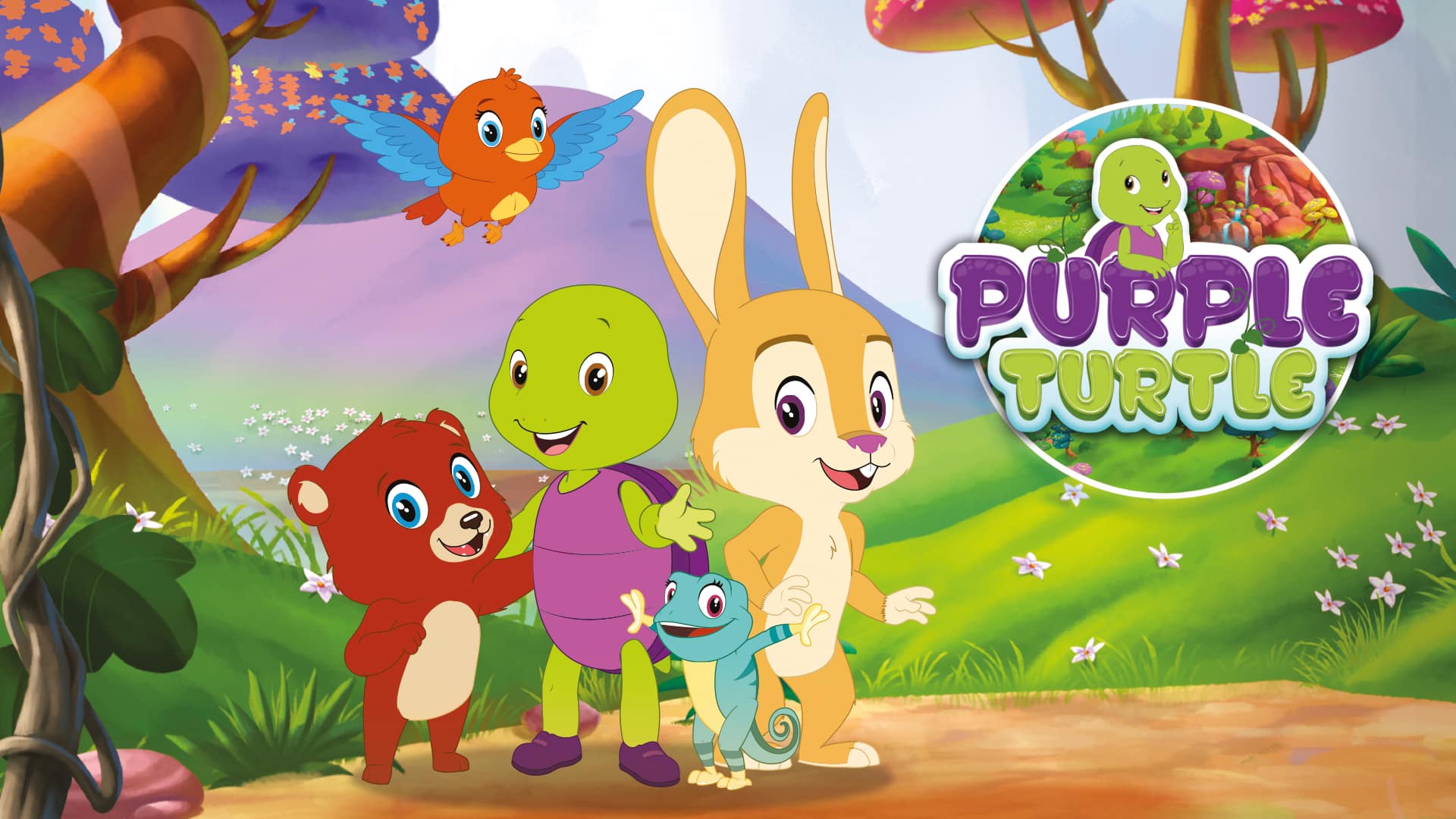 Manish Rajoria, Director of Aadarsh Technosoft Pvt. Ltd, says: “We are very excited with the response the show has received across Middle East and Northern Africa with Discovery Kids. We are now launching Purple Turtle’s edutainment app worldwide and have already sold over tens of thousands of books featuring our hero and his friends!”

Pierre Sissmann, Chairman and CEO of Cyber Group Studios adds: “Purple Turtle is a very sweet series full of values that fit very well with Cyber Group’s preschool DNA. I am particularly pleased of having joined the copro team and having Cyber as a global distributor of the series.”

Purple Turtle (52x7’ 2D HD) is inspired by one the of the world’s leading preschool IPs of the same name that first appeared in Frankfurt Book Fair in 2012. Within a couple of years, it received amazing response and the books encountered a huge success with several million copies published worldwide in multiple languages to date in more than 25 countries including Russia, China, USA UK and many more. This brand of international appeal has been commercialized in print and digital formats including animations, picture books, board books, story books, smart books with interactive features, talking books with point-and-read magic pen, apps, games etc. In addition, Aadarsh Technosoft Pvt. Ltd (India) is about to launch its OTT Platform as well that will be a compilation of games, learning videos, online curriculum videos, eBooks and worksheets at one place to make education interactive, fun and available to all.