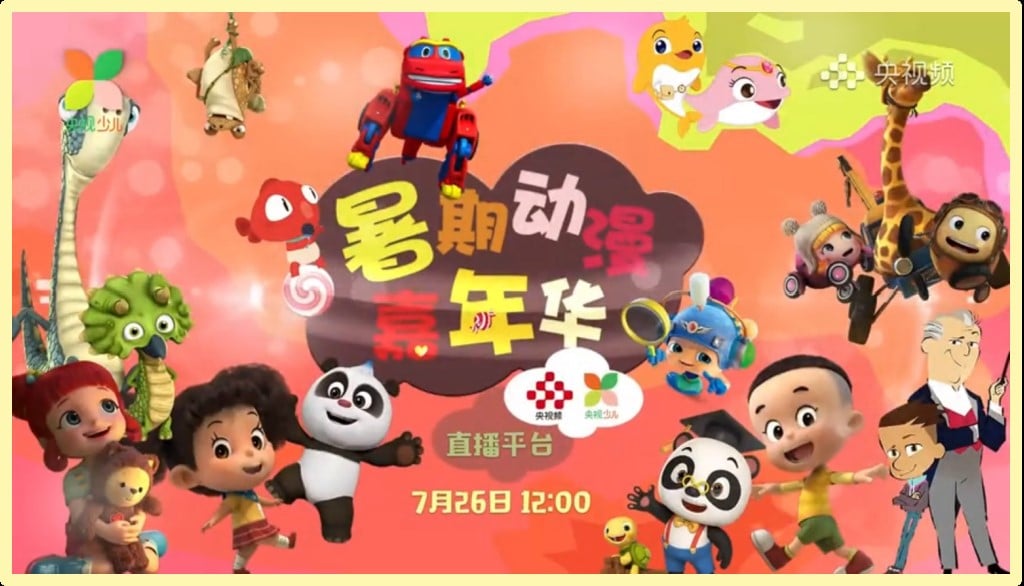 On July 26th, 2020, CCTV Children’s Channel and ten animation companies hosted a virtual live show, Cartoon Carnival of Summer Vacation, to celebrate wonderful animation in China.  There was a total of 12 animated series presented during the show.  Pacific Media Group participated as the exclusive distributor of the animated series Gigantosaurusin China and introduced their team in Beijing working on video editing, graphic design and voice recording.

For the “My Favorite Cartoon” category, Gigantosaurustook first place with 26.4 % of viewers’ votes. CCTV recognized the achievement by rebroadcasting Gigantosauruson CCTV’s official app on August 23, 2020.

Gigantosaurus premiered in China on CCTV in December 2019 and also has an exclusive video-on-demand agreement with leading platform Youku.  Since its premiere, the series has received an amazing response, being rebroadcast twice on CCTV (in March and May 2020) and also having been featured on CCTV’s annual New Year’s television special, one of the most-watch television events in China. Simultaneously, Gigantosaurus has ranked at the top of several of Youku’s animation lists.

Gigantosaurus is the hit preschool animated series produced by Cyber Group Studios.  Pacific Media Group manages the brand in China.  With the first season airing having great success on Disney Junior and on major broadcasters and platforms, both The Walt Disney Company and France Televisions have commissioned Seasons two and three, which will premiere in 2021 worldwide.

“Gigantosaurus was produced with very high standards. Not only does the series educate children about the prehistoric world and stimulate their interests in dinosaurs, but it also teaches them valuable qualities such as friendship, unity and independence.  We are honored to introduce such a dynamic animated series to kids in China and hope to maintain in-depth and diversified cooperation with Cyber Group Studios,” said Grace Hung, the President of Pacific Media Group.

“We are thrilled that Gigantosaurus has been top-rated on both CCTV and Youku and that it has been one of the most prolific recent launches of an international kids’ series in China. We have many exciting plans for the brand that will be announced in the coming months with our partner, Pacific Media Group,” added Pierre Sissmann, Chairman and CEO of Cyber Group Studios, and Richard Goldsmith, President of Cyber Group Studios USA LLC.