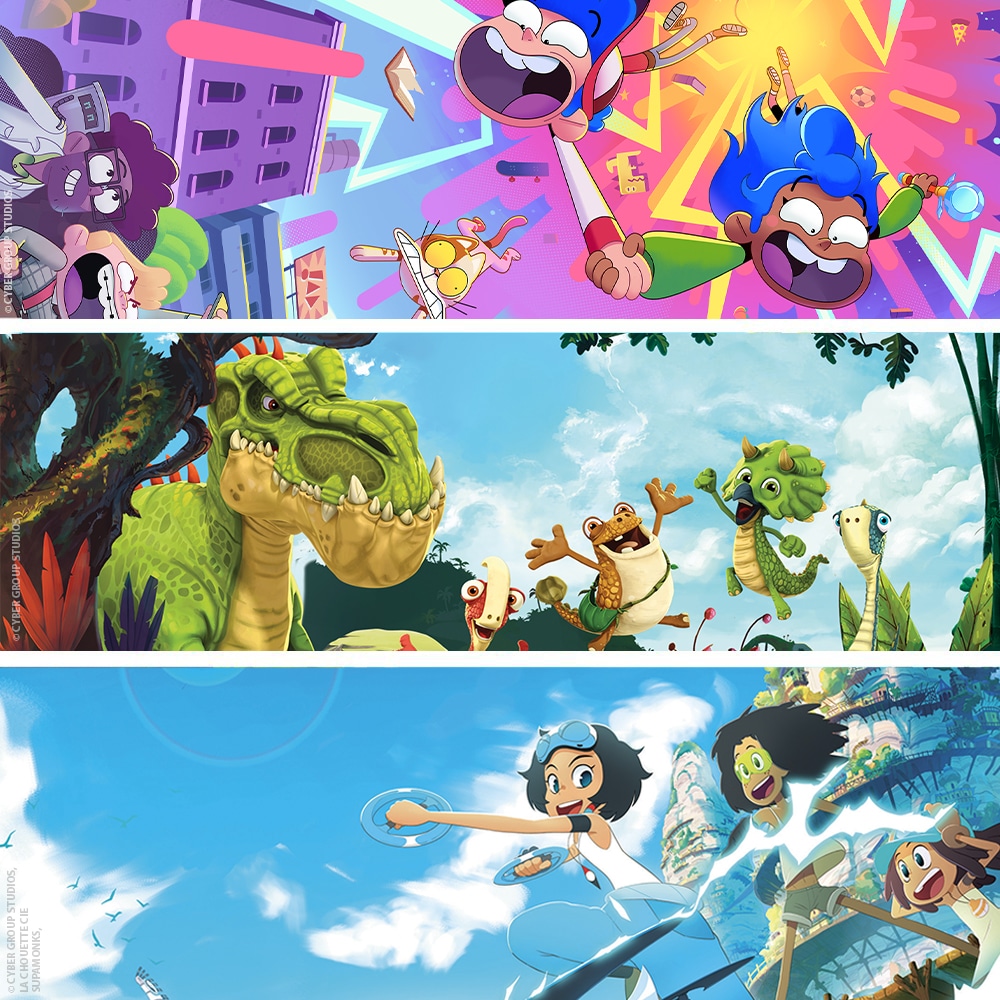 Paris and Los Angeles, Monday November 29th, 2021 – Cyber Group Studios, a leading producer and distributor of animated series best known for its award-winning preschool show, Gigantosaurus, has secured a raft of deals with leading international broadcasters and platforms, including new partners for both Seasons 1 and 2 of its hit preschool animated series, Gigantosaurus, as well as its action-adventure anime series for kids ages 6-10, Droners. In addition, Cyber Group Studios has pre-sold its bold and hilarious new CGI 2D series, 50/50 Heroes, commissioned by France Télévisions and The Walt Disney Company in Germany and Eastern Europe, to Discovery in Latin America and Disney Japan.

Raphaelle Mathieu SVP Sales and Acquisitions said: “It’s very gratifying and affirming that our signature programs are resonating so strongly with audiences around the globe in such large and important markets as the U.S., Latin America, Asia, and EMEA. These new partnerships will help Cyber Group Studios further our mission of creating content that entertains and engages children and families worldwide.”

The latest broadcast deals come on the heels of this year’s MIPCOM and MIPCANCUN. The new partnerships include:

50/50 Heroes is an original graphic universe the centers on half siblings who work together to make one-half of a superhero. The series is currently in production.