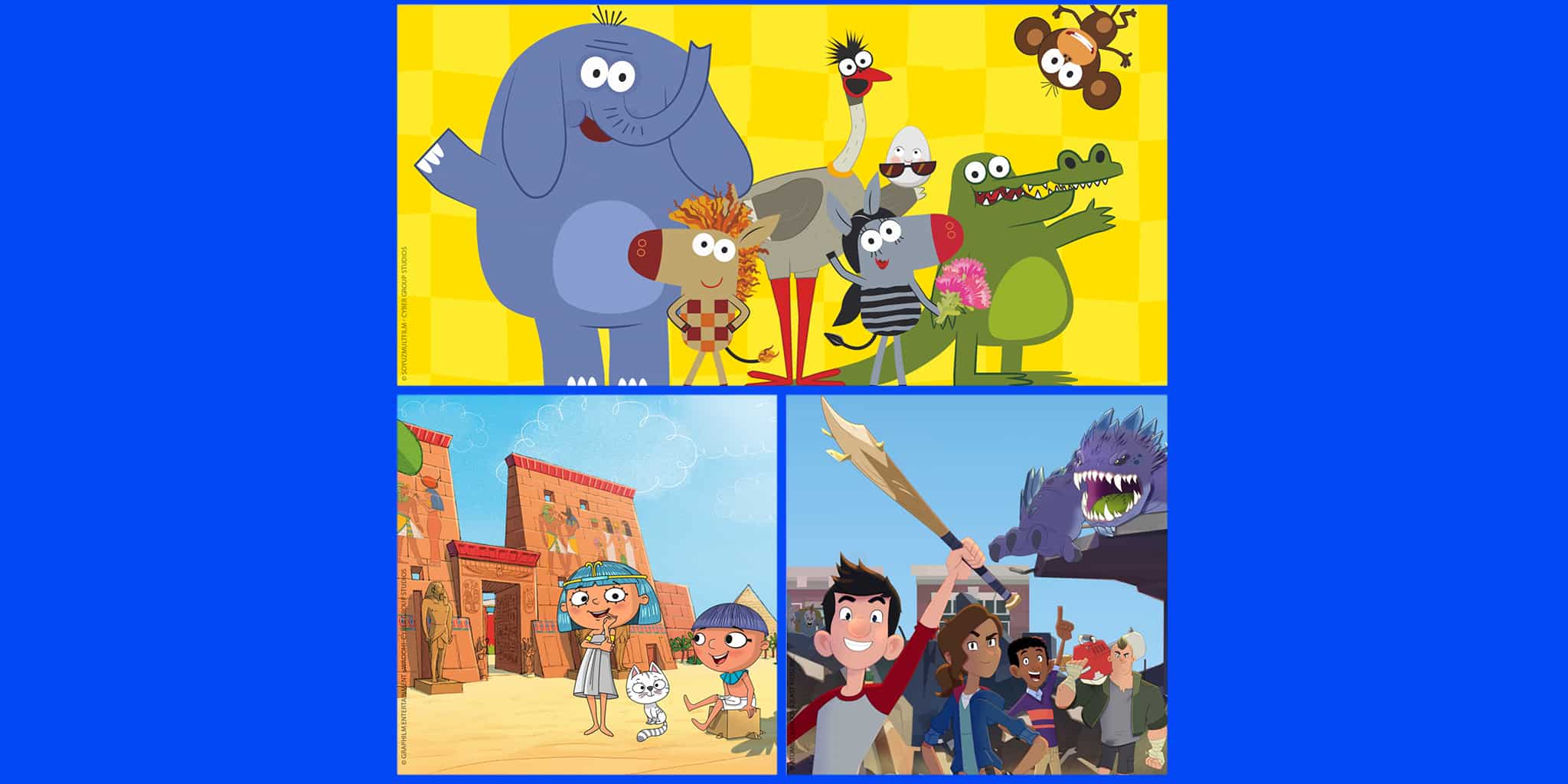 Paris – Tuesday, January 11th, 2022 – Cyber Group Studios, a leading producer and distributor of animated series for children and families worldwide has secured major broadcast and streaming partnerships with top international broadcasters and digital platforms. The new deals will bring 16 of the company’s distributed series to viewers across Europe, Asia, Africa, and North America.

“We’re very pleased to be working with so many of the world’s leading broadcast and streaming partners that share our commitment to providing quality children’s programming to kids and families everywhere,” said Raphaelle Mathieu, SVP Sales and Acquisitions and New Media at Cyber Group Studios. “Our expansive and diverse slate provides a rich range of content for today’s young audiences, and we look forward to work with even more producers and co-producers, to make our distributed programs available to more viewers around the globe to engage with, learn from and enjoy.

The company also has signed a raft of deals with Canal + for its international channels, including:

All of these agreements follow a successful October 2021 MIPCOM launch of three new series:

Secured partnerships include these broadcasters:

More broadcast partnerships are currently in active discussions globally and will be announced soon.

ABOUT OUR PROGRAMS MENTIONED IN THE PRESS RELEASE, THE COMPANY AND OUR PARTNERS:

Four kids are forced to survive alone in a world of monsters. That’s pretty much the plot of a video game, right?!

An animated series that promotes diversity, friendship and teamwork

An animated series full of comedy, tenderness and energy.

Four little dinos and one big Gigantosaurus… learn to dare!

A high-tech adventure in an eco-friendly world

A series that emphasizes action and team spirit

A funny and tender duo; a kids-first sitcom and a unique animation choice: 2D for the magical realm and CGI for real life

One of the greatest children’s novels of all time

A series full of adventures, humor and friendship

The daily life of a zebra family: curiosity, love and imagination!

Take a ride with Raju the Rickshaw!

Have fun with this bold investigator and her funny adventurer sidekick

An extraordinary hero in his quest for justice!

The adventures of purple turtle celebrate the joy of childhood

Epic stories with a twist of ninja humor