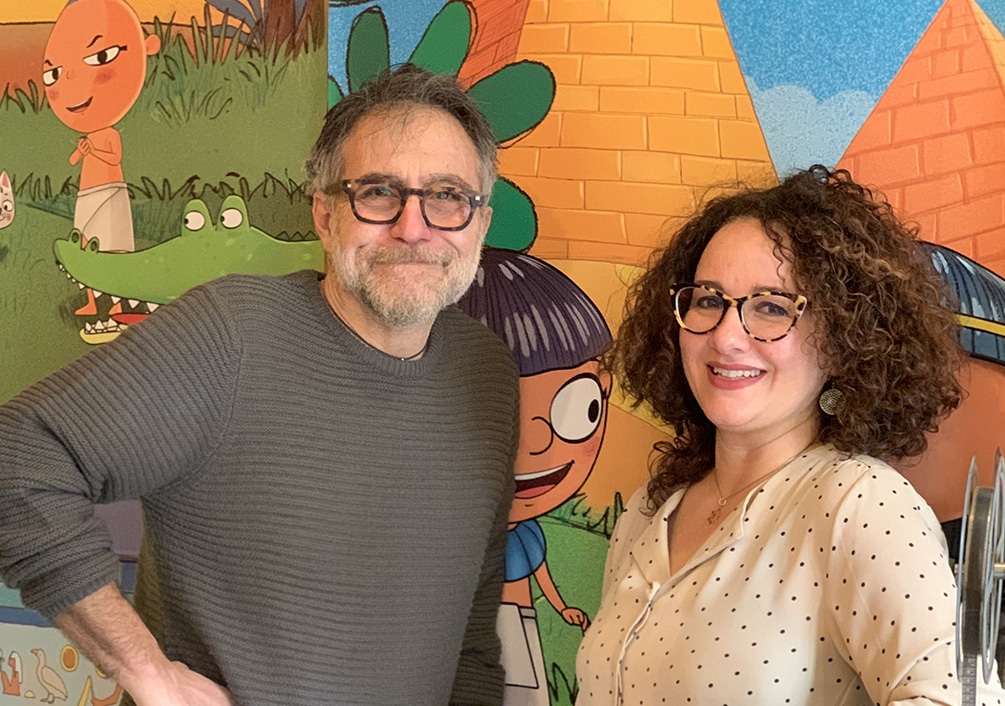 Founded in Rome in 1988 by Maurizio Forestieri, the company’s CEO, Graphilm Entertainment is a leading animation production company that has received numerous awards, among them three prestigious Pulcinella, including the Best Italian studio Award. Graphilm’s latest feature animation movie, The Case, has received eight awards. These include Best Animated Film at the NYIFA – New York International Film Awards™, Best Director at the New York Animation Film Awards in December 2021 and Best Animation at the Tokyo Film Awards this year. Originally commissioned by RAI (Italy), The Case was the most watched Italian feature animation movie on RAI’s channels in 2021.

Cyber Group Studios and Graphilm Entertainment already have a proven record of excellence together. The companies are behind the animated series Nefertine on The Nile, produced in partnership with RAI (Italy). The series received a Pulcinella Award for Best Pilot at Cartoons on the Bay.

In 2022, the companies will coproduce Alex Player (26x22’ CGI), an original Cyber Group Studios and Bee Prod creation (France). Commissioned by France Télévisions (France) and RAI (Italy), this new action-comedy series will be the very first kids’ animated program about E-Sports mixing 2D, CG and about E-Sports mixing 2D, CG and real-time animation technology. The companies will also work on an original Graphilm Entertainment’s creation entitled In the middle.

Cyber Group Studios, based in France, the U.S., UK, and Singapore, produces its own premium kids and family content. The company recently expanded its activities and partnerships around the world and just announced the acquisition of a majority stake in A Productions, one of the leading multi award-winning UK studios. In 2022, Cyber Group Studios has a strong roster of 10 series in production and over 10 more in development for linear broadcasters and platforms across all age groups from preschool to young adults.

Maurizio Forestieri, Founder and CEO of Graphilm Entertainment, declared: “I created our company 34 years ago and this association with Cyber Group Studios holds many promising projects and new original creations with partners we already know well and respect.” Added Anna Lucia Pisanelli, Executive Producer and Board member: “The new venture will enable our company to strengthen and consolidate its position as one of the leading Italian animation studios reaching out to world markets.”

Pierre Sissmann, Chairman and CEO, and Dominique Bourse, COO of Cyber Group Studios, said in a joint statement: “It is a real pleasure to form this partnership with our Italian friends of Graphilm Entertainment and to work with their multi award-winning and talented team to bring new creations and coproductions to kids and families on all five continents.”