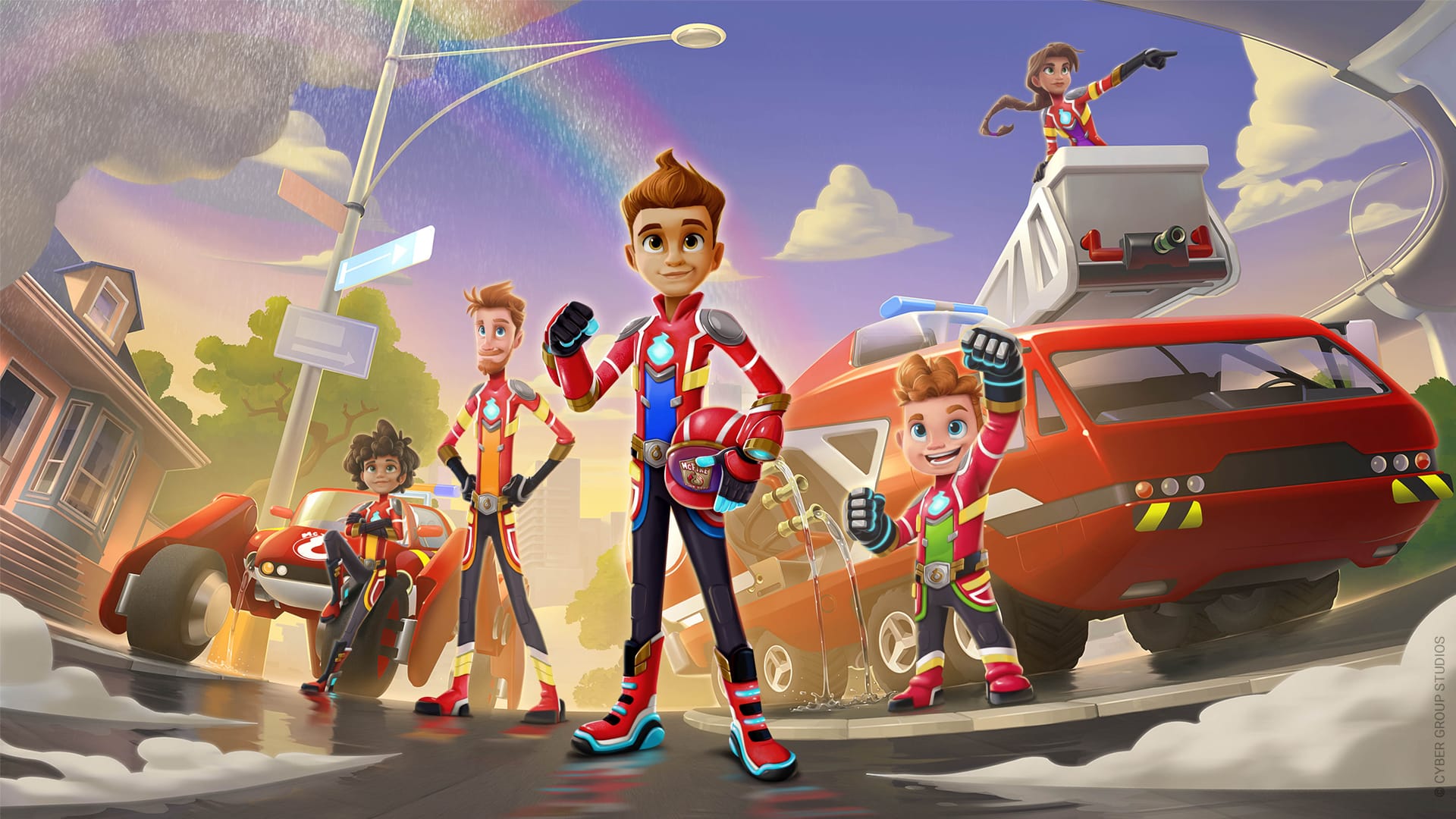 Paris, France – Wednesday, March 30th, 2022: Cyber Group Studios, a leading producer and distributor of animated series for children and families worldwide, is pleased to announce the signature of several series agreements with Gulli (M6 Group), France's leading children's channel. The deal includes the development of two original Cyber Group Studios properties, The McFire Family and George Moby and Co., as well as the pre-acquisition of the recently developed third season of the French hit animated series Taffy. All three shows are slated to begin production this year.

“We are extremely excited about this partnership,” said Pierre SISSMANN, Chairman and CEO of Cyber Group Studios and co-creator of the three projects. “We have very much enjoyed working with the Gulli team on these series, which have both French and international appeal and are already generating strong interest worldwide.”

The McFire Family, created by Pierre SISSMANN and co-written with Cyber Group Studios Vice President of Development Ira SINGERMAN (Press Start!) and Head Writer Jacqueline MOODY (Gigantosaurus), is a 52x11’ CG series aimed at kids ages 5-8. The series follows a family of superhero firefighters and rescuers whose powers stem from the inventive lifesaving technology they have developed. Their ancestors were the very first firefighters in history and the legacy continues with three siblings, 12-year-old Tom, 10-year-old Sparkle, and 6-year-old Jax. This next generation of “super-firefighters” join their parents and grandpa on exciting rescue adventures, using cool vehicles and high-tech gear to save the day.

George Moby and Co. is a 78x7’ 2D animated comedy series for kids and families. An original concept from Cyber Group Studio’s Ahmed GUERROUACHE (Directorof Taffy) with a series bible co-written by Marine LACHENAUD Ahmed GUERROUACHE, and Pierre SISSMANN. This show follows the adventures of a most unexpected and hilarious duo, George, a timid vegetarian lion, and Moby, a vociferous and determined little mouse. George is looking to make his mark on society and gives Moby a home inside his mouth, hoping that his new “inner voice” doesn’t do all the talking.

Taffy, the 2D cartoon comedy series created by Pierre SISSMANN, Emmy®-nominated Mike DE SEVE and directed by Ahmed GUERROUACHE, returns for a third season, filled with crazy adventures, characters, and settings that will create a whole new environment. The series follows the non-stop, slapstick misadventures of a loyal hound dog named Bentley after his billionaire old lady owner, Mrs. Muchmore, takes in a racoon imposter posing as a wide-eyed, fluffy Angora cat. In each episode, Bentley tries to reveal Taffy for the varmint that he is – while super-clever Taffy handily (and comically) turns the tables on the dog.