GIGANTOSAURUS: DINO KART ROARS ONTO PC AND CONSOLES IN 2023! 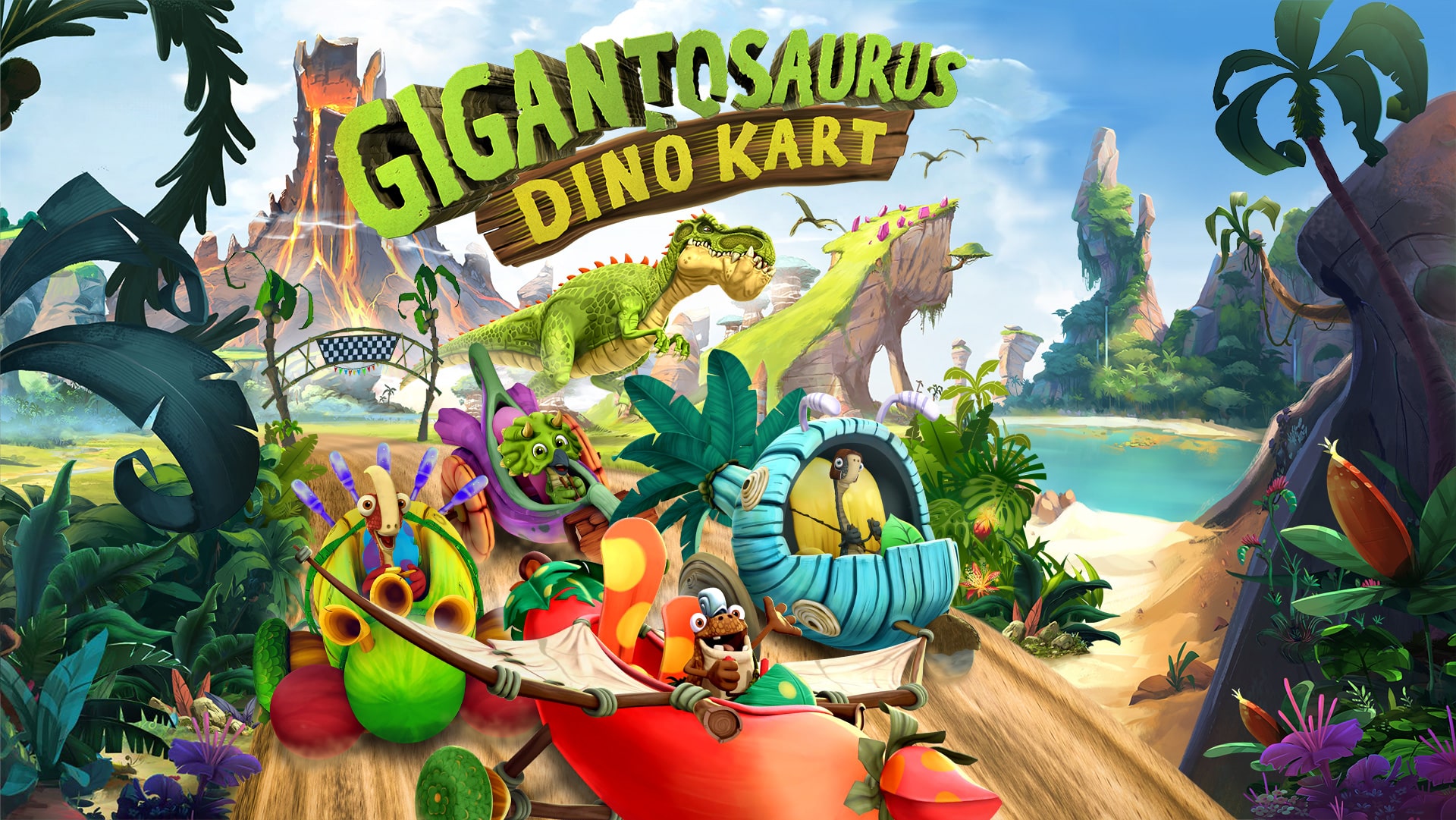 The game will be available on Nintendo Switch, Playstation 4, Playstation 5, Xbox One, Xbox Series X, PC and Google Stadia.

Race around Cretacia in an action-packed kart championship that’s almost as big as Gigantosaurus’s appetite!

Players of all ages can compete against their friends and family with auto-steering karts and on-screen text tip read aloud by Mazu the brainy Ankylosaurus. And there’s more! Up to four players can play together in split screen multiplayer for a real family adventure!

Go kart or go home in this prehistoric racing showdown! Choose from eight different characters including Bill, Mazu, Rocky and Tiny, speed around fifteen tracks full of awesome obstacles and power up across multiple locations throughout Cretacia.

Collect special skills on the track to create shortcuts or gain a jetpack-powered boost to zoom ahead of the opposition and win the race all whilst steering clear of Gigantosaurus, the biggest and fiercest dinosaur in the land.

Produced by Cyber Group Studios, the series now counting 3 seasons of 52-episodes x 11 minutes each, is based on Jonny Duddle’s book published by Bonnier Books UK Ltd, which has sold over 600,000 copies worldwide. The animated series follows the adventures of four young dinos – Rocky, Bill, Tiny, and Mazu – as they go on quests to explore their world, face their fears, work together to solve problems, learn more about the mysterious Gigantosaurus himself – and have lots of fun all along the way.

Terry Malham CEO of Outright Games said, ‘We’re so excited to be working with Cyber Group Studios again on an all new Gigantosaurus game - this time putting the dinos’ iconic vehicles in the spotlight! We’re looking forward to gamers of all ages playing as these beloved characters in the world of Giganotosaurus in their first ever kart racing game. We can’t wait to share it with everyone next year!’

Thierry Braille, Vice President Interactive and Videogame Division and Dominique Bourse COO at Cyber Group Studios said ‘We’re thrilled to be teaming up with our friends at Outright Games for our second game featuring Gigantosaurus and all of the beloved characters from the show. We’re upping the ante with this brand-new video game that is shaping up to be a kart racing spectacular!’